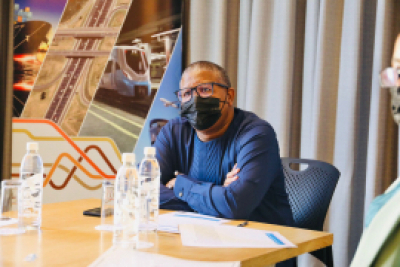 The South African National Roads Agency Limited (Sanral) has issued a tender for the failed e-toll system even though the verdict is still not out on the future of e-tolls.

However Sanral is set to meet on Thursday (4 August) to discuss it further.

The new tender is aimed at acquiring procurement proposals for the operations and maintenance of the open road tolling system in Gauteng. The tender is for six years, with an option to extend by 24 months.

Sanral's plans would have come as somewhat of a surprise to stakeholders who are still awaiting a resolution to the fate of the e-tolling system, slated for the Medium Term Budget Policy Statement (MTBPS) in October.

The Gauteng e-toll scheme has been widely rejected by motorists in the province, with calls from opposition groups like Outa and the Democratic Alliance for the system to be scrapped entirely.

Transport minister Fikile Mbalula has on several occasions assured the public that a decision on the future of e-tolls in Gauteng is imminent, while it remains a drain on the national fiscus with mounting debt that Sanral is unable to pay off without compliance from motorists, or a bailout from the government.

As a final solution to e-tolling remains in limbo, the latest tender documents from Sanral provide an indication of how the system could be managed going forward.

The tender documents include what will specifically be required by any new contractor that comes on board as a system operator for the next six years. The tender makes no mention of what the government will ultimately do with the system – but it does appear to be preparing for significant changes, and makes provisions for them.

In its tender documents, Sanral noted that the systems and operations set up under the previous contract holder included not only Gauteng’s open road tolling system but also the back-end for a transaction clearing house (TCH), violations processing system, and a host of other value-added services (VAS).

°Weigh-in motion enforcement on Gauteng highways (and eventually nationwide) and

°Any other identified value-added service.

Sanral said that while the tolling and many VAS solutions have largely been commissioned under the previous contract period, there are various outstanding solutions – as well as necessary system enhancements – that still need to be implemented.

°All operations and maintenance related to Gauteng open road tolling, the national TCH, violations processing and VAS functions. This includes the maintenance and support of hardware related to a ‘new toll system procurement contract’, and the supply and maintenance of a replacement roadside system, when triggered.

°A toll system supply and support contract, when triggered by Sanral, for the supply of a new toll back office system for Gauteng open road tolling – including account hosting, transaction processing and violations processing.

Thus, any new contractor would be on the hook to deal with the e-toll system in its current state – should the government decide to proceed with things as they are – or to set up a new system should the decision come to end e-tolls.

Notably, Sanral specifies that it may at any stage only continue with certain operations relating to other toll authorities and VAS operations – ie, cease with open road tolling operations in Gauteng.

It said it may, at its own election, also carve out and contract directly for any of the VAS services identified.