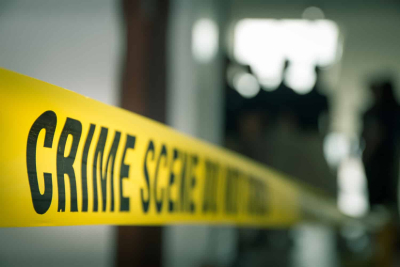 Minister in the Presidency responsible for Women, Youth and Persons with Disabilities, Maite Nkoana-Mashabane, has described the recent murder of two matric girls in Ngwangwane village, KwaZulu-Natal, as horrendous and sickening.

According to reports, the perpetrator entered the house where the girls were renting and murdered them, and mutilated their bodies with an axe.

Condemning the murder of the two girls, Nkoana-Mashabane said South Africa has reached extreme proportions of gender-based violence and femicide (GBVF), where women are no longer safe in society.

"It cannot be that we continue to live like this. Our society is experiencing a massive crisis of GBV. The rate at which women and children are being abused, raped, mutilated and murdered is unfathomable,"Nkoana-Mashabane said.

The Minister emphasised the need to continue to recognise and address GBV as a human rights violation.

"The scourge of widespread and systematic GBV against women is deeply rooted in discrimination against women and continues to shape the lives of women in South Africa, with devastating impact not only on the victims, but also on democracy itself,"Nkoana-Mashabane said.

The Minister commended the police in KwaZulu-Natal for acting swiftly and apprehending the suspect.

"We plead that the legal processes and successful conviction of the suspect happens as soon as possible because we do not have a place for murderers, abusers and rapists in our society. This will also bring justice to the family and friends of the victims,"she said.

The Minister also conveyed her heartfelt condolences to the parents and families of the two learners.

"My heart goes out to the parents and families of the young victims who lost their lives in such a brutal way. I pray that God may comfort their hearts and heal them from such a painful loss,"Nkoana-Mashabane said.

Meanwhile the Commission for Gender Equality (CGE) has called for a speedy prosecution following the murder of two Grade 12 girls.

"Through our court monitoring process, we have observed that it is possible for a speedy conclusion of a Gender-Based Violence (GBV) matter if it is prioritised and given the attention it deserves," Mathebula said.

Mathebula extended her condolences to the families, residents of Ngwangwane village and learners at the school where the two Grade 12 girls attended.

More in this category: « Didiza condemns brutal killing of Western Cape farmer. Ramaphosa hopes for a 'far greater levels of trade' between SA and Botswana. »
back to top