Public Protector office calls for patience on its investigation into Phala Phala saga. 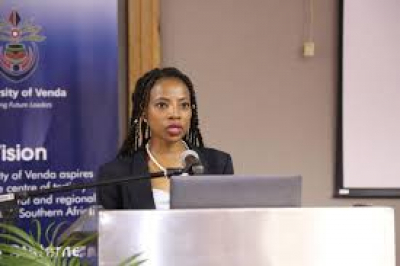 The Office of the Public Protector calls for patience in the ongoing investigation of President Cyril Ramaphosa and the Phala Phala robbery.

Ramaphosa submitted written answers to the Public Protector's office over the Phala Phala farm robbery last month following a threat of a subpoena after failing to meet his initial deadline.

Later in the month, the Public Protector's office confirmed Ramaphosa had indeed submitted his answers, but said they would be kept confidential to avoid compromising the ongoing investigation.

Suspended Public Protector Busisiwe Mkhwebane's lawyer advocate Dali Mpofu is one of the parties that called for Ramaphosa's 31 answers to be made available to them.

On Wednesday, the African Transformation Movement (ATM), said a "forum of opposition parties" represented in Parliament met to discuss ways to strengthen their resolve to hold Ramaphosa accountable.

It said the group was opposed to the concealment of Ramaphosa's responses to the 31 questions sent by the Public Protector's office.

In a joint statement, the parties, including the DA, UDM and EFF, called on the Office of the Public Protector to urgently, "in line with the law", release the report regarding its Phala Phala investigation.

"The Constitution of the republic establishes the PPSA as an independent institution that is subject only to the Constitution and the law, and must be impartial and exercise its powers without fear, favour of prejudice,"said spokesperson Oupa Segalwe.

More in this category: « Ramaphosa hopes for a 'far greater levels of trade' between SA and Botswana. Call to apply in Amnesty Programme for water and electricity theft. »
back to top