Vincent Smith to make representations to have charges against him withdrawn. 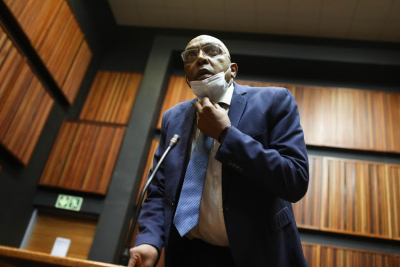 Smith's legal representative is expected to make the representations by the end of September.

He appeared briefly in the Specialised Commercial Crimes Court sitting in the Palm Ridge Magistrate's Court on Thursday.

The court has, however, transferred his matter to the Gauteng High Court in Johannesburg, said the spokesperson for the Investigating Directorate (ID), Sindisiwe Seboka.

Smith's lawyer, Nicholas Kourie, said: "We have been on record [as Smith's legal representative] since 2020 and we are looking forward to reaching finality in our client's matter since it is going to be moved to the high court very soon."

Smith stands accused in his own capacity and as a representative of his company, Euroblitz 48.

He has been charged with corruption for gratifications he allegedly received from Bosasa in the form of security upgrades to his home in Gauteng.

According to the ID, Smith also faces charges for allegedly accepting cash transferred into his and his company's bank accounts from Bosasa and other people unknown to the State.

More in this category: « Call to apply in Amnesty Programme for water and electricity theft. Legal Practice Council wants advocate Malesela Teffo struck off the roll. »
back to top