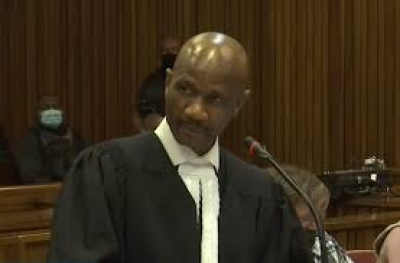 Advocate Malesela Teffo has failed to have an application by the Legal Practice Council (LPC) to have him struck from the roll postponed or dismissed after the court did not accept his pleas of ignorance.

Teffo appeared in the Gauteng High Court in Pretoria on Thursday, where he sought to represent himself in an application to bar him from practicing law.

LPC advocate Mfesane Ka-Siboto told the Pretoria  high court that there were 22 complaints of malpractice in respect of Teffo's conduct.

"More than 75% of the complaints relate to how Teffo conducts himself," he said, adding that Teffo has also been charged with assaulting a female police officer from the Gauteng police provincial offices in Parktown.

In addition to its application for an order to have Teffo's name struck off the roll, the council wants Teffo to immediately surrender and deliver to the registrar of the court his certificate of enrolment.

Teffo was admitted as an advocate on January 5 2009.

He told the court he was not aware of the matter until recently. This, however, was disputed by Ka-Siboto who made reference to correspondence from Teffo regarding the matter dating back to 2021.

Teffo made submissions that he was not aware of the matter and that he needed a postponement. He told the court that he had no knowledge of which case he had to answer to as, after checking with the registrar, the case number he had reflected another matter.

Teffo submitted that the matter should be dismissed with costs.

The court ruled the case would not be postponed indefinitely, as requested by Teffo, because he was served the notice of motion and founding papers more than a year ago.

The court also accepted Teffo knew about the case because he filed answering papers and appeared in court on Thursday.

The court said it was strange Teffo opted not to secure a legal representative when he had ample time to do so.

He attempted to challenge the ruling on the postponement by arguing the LPC had not given him a chance to respond to the allegations before the court, even though he had filed an answering affidavit.

Teffo then claimed the case could not be heard as he was going to lay a complaint against the LPC for violating his rights.

These arguments were also overruled by the court and Teffo is expected to respond to the allegations on Friday.

More in this category: « Vincent Smith to make representations to have charges against him withdrawn. Government reaffirms it's commitment in solving SA's challenges. »
back to top