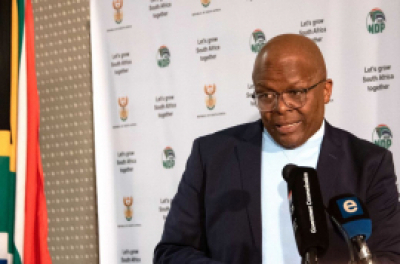 Minister in the Presidency, Mondli Gungubele, has assured the nation that government, under the leadership of President Cyril Ramaphosa, is working on addressing the myriad challenges the country faces.

"We have already started to see green shoots and growth in the economy. We have also witnessed a number of successful arrests in the fight against corruption and crime, and we are busy implementing the energy crisis plan," the Minister said in a statement on Thursday.

The Minister said government is working on strengthening the state's capability to fulfil its mandate of basic service delivery.

His remarks come after an article published by The Star newspaper, which seeks to create a narrative that Ramaphosa is silent on pertinent issues.

The Government Communication and Information System (GCIS) said this article is not only misleading, but seeks to sow divisions, create unnecessary tensions and blankly ignores the communication that has occurred from the Presidency and government on challenges that government is addressing.

"We should not entertain content that peddles misinformation and that seeks to undermine the work of government. It must be highlighted that President Ramaphosa has always steered the ship and led the country from the front. For example, South Africa was hailed for the steps it took to fight the COVID-19 pandemic," the Minister said.

The GCIS has expressed concern on the recent service delivery protests in various areas and noted that government is working around the clock to address the issues raised by communities.

“However, this also means that when communities exercise their constitutional right to protest, they must do so within the ambit of the law. Vandalism and the destruction of property and infrastructure, the infringement of the rights of others, and making areas ungovernable must not be allowed to take place. As a country, we have always held on to a common belief that we should embrace peaceful protest and dialogue to solve issues," the GCIS said.

More in this category: « Legal Practice Council wants advocate Malesela Teffo struck off the roll. Govt commits to realisation of Economic Reconstruction and Recovery Plan. »
back to top