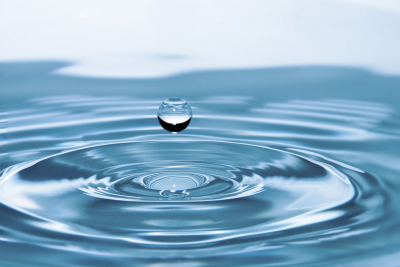 The City of Cape Town’s Water and Sanitation Directorate has advised residents to use water sparingly as the current rainfall is noticeably lower than the previous hydrological year.

This comes after the city’s Bulk Water Branch reported that, at this stage, the current season’s rainfall and its projections indicate that it is likely that the hydrological year’s rainfall will be below average.

The city said it is carefully monitoring the situation and engaging with stakeholders to ensure water resources are optimised.

City's Mayoral Committee Member for Water and Sanitation, Zahid Badroodien commended the residents, as well as the agriculture and urban sectors, which continue to be mindful of their water usage and still implement water saving efforts.

Badroodien said the lower water demand has benefited the system, but the city warned that the data from the hydrological year mirrors what has previously been experienced in drier years, hence "the potential of having a sequence of drier periods cannot be excluded".

"We have learnt in the drought to follow a cautious risk-averse approach to water resource management and therefore would like to remind everyone to continue with water conservation measures. The city will continue to monitor the Western Cape Water Supply System status and keep residents informed,"Badroodien said.

Following a comprehensive study of potential long-term climate change impacts, the city said it is assuming a reduction of 25% in water availability from both surface and groundwater sources over a 30-year planning horizon.

The city said this is marginally more than initially assumed in the Water Strategy (2019) and is based on an innovative calculation methodology. The modelling also indicates that due to climate change, rainfall is expected to be experienced later in the typical rainfall season.

The City of Cape Town's Water Strategy sets the course toward a future in which Cape Town has sufficient, reliable water from diverse sources so that it can be more resilient to the impact of climate change.

"This programme forms part of the City of Cape Town Water Strategy: Our Shared Water Future, which aims to build resilience to the effects of climate change, and future drought that is expected to be more frequent and severe, and to ensure a safe, reliable water supply for generations to come," the city sai

The programme aims to produce approximately 300 million litres (Ml) per day through groundwater abstraction, desalination and water reuse by 2030, the city added.

Meanwhile, the city said the construction phase of the civil part of the Cape Flats Managed Aquifer Recharge (MAR) project, which will support the city’s vision to create a water sensitive city, is expected to be completed in 2024.

The MAR project includes the construction of a pre-treatment facility that will treat treated effluent to a high standard and then pump high quality water into the Cape Flats Aquifer.

More in this category: « Govt commits to realisation of Economic Reconstruction and Recovery Plan. Bekkersdal residents gather to protest against illegal miners. »
back to top