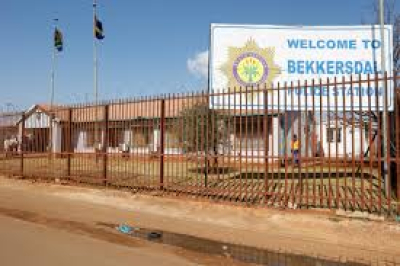 Residents in Bekkersdal, west of Johannesburg, have gathered to protest against people they claim are illegal miners. They have blockaded roads in the area.

Bekkersdal is around 24 kilometres southwest of Kagiso.

Residents of Kagiso in Krugersdorp, on Thursday morning embarked on a community protest against illegal mining and crime in the area.

One person has reportedly died in Kagiso,during the community's violent protest.

Mogale City Mayor Tyrone Gray confirmed to eNCA that one person had died and police were investigating the death.

This follows the gang rape and robbery of eight women, who were part of a production crew, shooting a music video at a mine dump in West Village last week. Police suspect that the women were raped by a gang of armed zama zamas (illegal miners).

Kagiso residents have vowed to clamp down on illegal mining in their community and surrounding areas, which they say is a source of rampant crime on the West Rand.

Meanwhile, 80 suspects arrested in the wake of the gang rape and robbery of eight women in West Village appeared in the Krugersdorp Magistrates’ Court on Wednesday.

The 80 men were arrested in a police sweep at the scene of the alleged rape, but were not charged for rape.

The men, who were represented by Legal Aid, faced charges which included illegal mining, contravention of section 49 of the Immigration Act, unlawful use of explosives and firearms and possible attempted murder.

They are expected to return to court again on 10 August 2022, for their bail hearing.

Meanwhile in nearby Munsieville, community members have gathered on a hill in the area. The community are on a mission to search for suspected illegal miners.

Armed with sticks and other items, the residents searched two shafts where they claim the zama zamas were hiding.

Police officers driving around in a nyala and Mogale City Mayor Tyrone Gray are currently on the scene.

More in this category: « Water warning: Western Cape residents urged to use water sparingly. Oil heads for weekly loss of 10% as demand concerns intensify. »
back to top