Government's gazette new plan to crack down on copper theft. 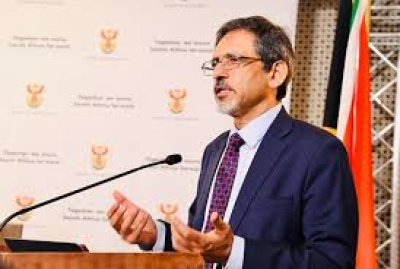 The Department of Trade, Industry and Competition (DTIC) has gazetted its draft policy proposals to regulate and restrict the trade of scrap metal in South Africa for public comment.

The draft policy changes are a direct outcome of president Ramaphosa's 2022 State of the Nation Address, where he promised to tackle growing instances of criminality in the scrap metal value chain – particularly with copper theft and other metals stolen from public infrastructure.

Theft of copper and other metals hit South Africa's infrastructure hard, leading to extended power disruptions in neighbourhoods and industry, and even toppling entire railway systems for months on end.

Ramaphosa said in his SONA that "the damage caused by the theft of scrap metal and cable on our infrastructure like electricity, trains and other vital services is enormous. We will take decisive steps this year both through improved law enforcement and by considering further measures to address the sale or export of such scrap metal".

According to the DTIC, citing research from the Trade and Industrial Policy Strategies and Genesis Analytics, copper theft from the country’s rail network and electricity grids carries an annual economic cost exceeding R45 billion in 2020/2021.

"The costs arising from the theft of steel and other metals are also serious. By way of illustration, the damage from stolen steel lattices alone was R100 million in 2020/2021. As with cable theft, the destruction of pylons and other supports for transmission can lead to widespread loss of electricity, "it said.

The department said that stolen copper, steel and other metals go through several processes and are mainly exported across borders as scrap metal. Scrap metal is a legitimate trade in the country, making it difficult to track the illegal trade and exports.

Criminals are able to easily conduct their black market businesses because it's cheap to import furnaces to transform the metals, and there is no formal permit or registered trader regime in place to identify the legitimate sellers from the dodgy ones.

The department proposes a host of policy measures to put a stop to this, including:

°Imposing a six-month ban on the exports of scrap metal from South Africa;

°Expanding the definition of waste and scrap metal to include other common types of metal that are exported;

°Developing a permit system for the export of these metal products;

°Developing a permit system for the import of furnaces and other scrap transformation machines;

°Restrictions on who can sell scrap metal and adding requirements that buyers only purchase from registered sellers;

°Prohibiting the use of cash in scrap metal transactions;

The temporary prohibition on exports of waste and scrap metal and the creation of a permit system for the export of semi-finished metal is likely to lead to a material reduction in the theft of metal from the country's infrastructure, including its energy and transport infrastructure, which will have significant benefits to the South African economy," the department said.

"It is anticipated that the prohibition and permit system will achieve this aim by eliminating or reducing one of the avenues for monetising stolen metal i.e. its exportation."

The department added that because these interventions will divert significant volumes of scrap metal in the local market, it will also lead to lower prices, which will likely disincentivise theft.

"These interventions will lead to a formalisation of the metal trading industry whereby only legally-compliant and transactionally transparent businesses will be able to legally trade in scrap and semi-finished metal products.

"This will in turn enable closer monitoring of the physical movement of these products, and more targeted enforcement activities, thereby significantly increasing the risks of dealing in stolen goods," it said.

More in this category: « Oil heads for weekly loss of 10% as demand concerns intensify. 'I don't think your client understands legal principle' | Pillay to Mpofu. »
back to top