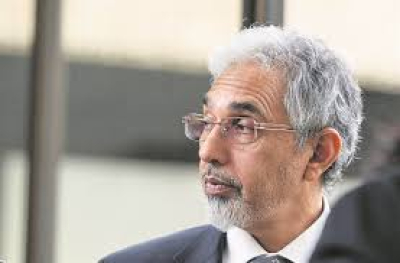 Suspended Public Protector Busisiwe Mkhwebane is facing a parliamentary inquiry into her fitness to hold office.

This is the fourth week of hearings where several witnesses have been called to present evidence before Parliament's Section 194 committee. Mkhwebane is being represented by advocate Dali Mpofu, SC.

In March 2021, Mkhwebane became the first head of a Chapter 9 institution to be impeached when the National Assembly adopted a motion to that effect.

According to the committee's timeline, it will start deliberations on the testimony they have heard by the middle of August. A draft report will be compiled and given to Mkhwebane for her consideration.

On Friday, the evidence leader, advocate Nazreen Bawa SC, took Pillay, through the court judgments which had, with scathing rulings, set aside Mkhwebane's reports against him.

"This is a mighty waste of time," complained Mpofu. "A judgment is an opinion of a court."

Bawa responded: "I would think a judgment is binding on everyone."

Mpofu asked: "What is the purpose of what has happened in the last 10 minutes?"

Bawa said it would go a lot quicker if he refrained from interrupting.

"This is not an interruption!" interrupted Mpofu, who wasn't recognised to speak by the chairperson, Qubudile Dyantyi.

Mpofu's attack on the judiciary continued through Pillay's cross-examination. After Mpofu put it to Pillay that judgments were opinions, Pillay asked: "How can opinions be binding?"

He said Pillay did not understand the legal principle.

"I understand it, but I don't think your client understands it," Pillay answered.

More in this category: « Government's gazette new plan to crack down on copper theft. Official: Sihle Zikalala resigns as the Kwazulu/Natal premier. »
back to top