Tembisa returns to normal after Campbell promises to attend to grievances. 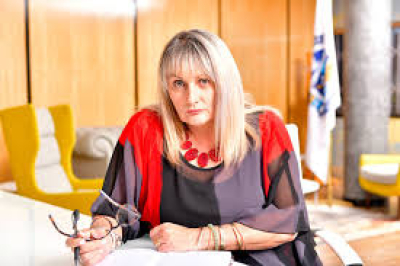 She was speaking to the residents at Mehlareng Stadium in the Ekurhuleni township this morning under heavy police guard.

Four people lost their lives during the protests. They have been protesting over rates and taxes which they say are exorbitant.

Residents also demanded the indigent policy be broadened to include other households who cannot afford to pay for services.

Campbell said her late arrival to meet the residents was because she wanted to devise an action plan and not pay lip service to their demands.

She said the City has resolved to separate the billing system, which would no longer combine rates, taxes and electricity.

Residents complained their electricity would be disconnected if they did not pay for one of these services.

The separation would ensure this does not happen.

"We will ensure that the bills of water, sanitation and rates and taxes are separated from the electricity bill. The indigent policy will be reviewed and ensure all those who can be assisted can benefit," Campbell said to loud applause and cheers from residents gathered at the stadium.

The City would not embark on disconnecting those in debt for the next 90 days.

Its indigent scheme would also be altered through legislation at the council.

The threshold for qualifying disadvantaged families would be increased, the mayor said.

The only promise Campbell could not assure residents about was the free electricity matter.

The City provides residents with 53 units of free electricity. The other 100 units were recently removed from its social scheme because of funding from National Treasury.

Campbell said the City would ask the national and provincial governments for more funding for the scheme.

Tembisa Community Forum welcomed the mayor's approach, saying it was a step in the right direction.

"This is exactly what we wanted, to see initiative and effort from our government. We will sit down with them and get more details of some of the things she was saying and come back to the community to explain in simpler terms," said spokesperson Xolani Mnisi.

More in this category: « Nxesi says myriad problems facing the country require urgent action. Teffo in a bitter fight to stop Legal Practice Council from having him disbarred. »
back to top