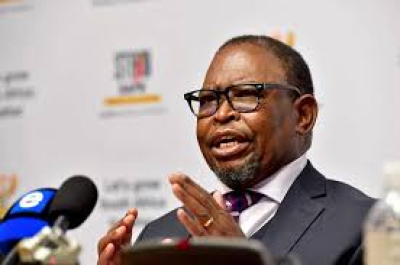 The second quarter Operation Vulindlela report has revealed cheaper and better digital telecommunication connectivity in the country is in sight.

This comes after government in April completed the auction of high-demand spectrum.

Speaking during the release of the Operation Vulindlela (OV) report on Friday, Finance Minister Enoch Godongwana said analogue switch-off has already been completed in five provinces.

OV was established in October 2020 as a joint initiative of the Presidency and National Treasury to accelerate the implementation of structural reforms.

It is a government‐wide approach through which Ministers, departments and entities implement reforms. A Vulindlela Unit in the Presidency and National Treasury monitors progress, addresses challenges and actively supports implementation.

°provision of competitive and efficient freight transport and

°establish a visa regime that attracts skills and grows tourism.

Godongwana said while the final switch-off date for analogue transmission has been delayed by a decision of the Constitutional Court, work continues to migrate remaining households to digital signal in order to complete this process.

"Government intends to provide a subsidised set-top box to any indigent households that have not yet migrated and complete switch-off in remaining provinces.

"The Department of Communications and Digital Technologies will shortly communicate a new date for analogue switch-off following consultations with stakeholders in the sector."

To facilitate faster deployment of telecommunications infrastructure, Godongwana said the Rapid Deployment Policy and Policy Direction has been finalised for approval by Cabinet.

During this period, government cleared the backlog of water use licence applications to close to 1 000 outstanding.

Godongwana said the challenges were cleared as a result of a turnaround plan supported by OV.

"This will unlock billions of rands in new investment in agriculture, forestry and other sectors, which was held up by outstanding licence approvals.

"Draft legislation for the National Water Resource Infrastructure Agency has been finalised, and will be published for public consultation shortly. This will enable much greater investment in our bulk water resources," he said.

In addition, a Water Partnerships Office has been established between the Department of Water and Sanitation and the Development Bank of Southern Africa (DBSA) to enable private sector participation in water infrastructure and management.

"The reinstatement of the Green Drop water quality monitoring system has enabled greater transparency regarding the quality of water and sanitation services at municipal level.

In an effort to support the tourism sector, last year government rolled out the e-visa system and extended it to 14 countries.

The Minister said during the next quarter, government will explore the feasibility of a visa recognition programme, which will allow the holders of certain visas of recognised countries to enter South Africa without a new application process.

Government has amended and published an updated the Critical Skills List for the first time since 2014.

This now includes additional skilled occupations in the medical field, which are in short supply.

In the last quarter, government completed a comprehensive review of the work visa system aimed at identifying improvements that could enhance the effectiveness of SA’s visa system and will work to implement the recommendations of the report by March 2023.

"Our previous modelling has showed that attracting skills that the economy needs could have the second-highest impact on economic growth after resolving the energy shortfall. Significant progress has been made and is being made to implement these reforms, and to address the urgent challenges that our economy faces,"said Godongwana.

More in this category: « Eskom Power Alert: High risk of load-shedding today. Chris Maroleng filed papers at the Labour Court for unfair dismissal. »
back to top