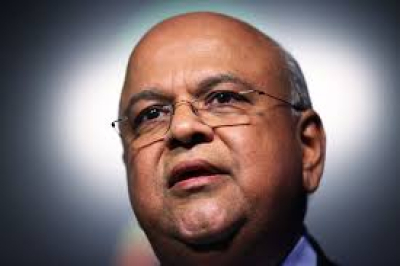 Solidarity has issued a list of skilled power experts to public enterprises minister Pravin Gordhan and Eskom CEO André de Ruyter, following a request by the former to draw up such a list to help to address the crisis at Eskom.

The trade union said that approximately 300 experts on its shortlist have approximately 5,500 years of combined experience in the industry, and in excess of 400 accredited qualifications of which 14 are doctorate degrees in engineering and related fields.

"This list contains some of the country's leading experts in the field of power. We are astonished, not only by the wealth of expertise and knowledge these individuals offer, but also by their willingness and eagerness to tackle South Africa’s power crisis," said Solidarity chief executive Dr Dirk Hermann.

"Among them are also numerous persons who work as qualified international project managers, and they are also internationally sought-after specialists in their field."

The union wrote to Gordhan in May 2022, offering to assist with the shortage of institutional knowledge and experience impacting Eskom’s power station operations.

Gordhan replied to Solidarity in July asking the labour union to draw up a list of engineers and other workers to assist with the company’s skills shortage.

The state power utility has been plagued by rolling blackouts in 2022 and is on track to reach its worst year of power cuts.

Solidarity said it has been inundated with more than a thousand requests from various experts and former Eskom employees, but that in consultation with specialists, and based on the most urgent issues at Eskom, it has shortened the list.

Solidarity said that the specialists it represents have the knowledge and skills to stabilise Eskom. "It is of the utmost importance that all stakeholders buy into this and recognise the extent of the crisis,"Solidarity said.

"The current crisis at Eskom, which causes suffering to all South Africans, and which threatens our entire economy, is too extensive for a single party, including the state, to solve on its own. A functioning Eskom is crucially important, both for employees within the organisation and for employees throughout the South African economy. The pressure is now on the government to muster the necessary political will to enable these experts to save Eskom," Hermann said.

More in this category: « Numsa headed for a massive motor-sector strike over higher wages. Krugersdorp community airs concerns about illegal mining at SAPS imbizo. »
back to top