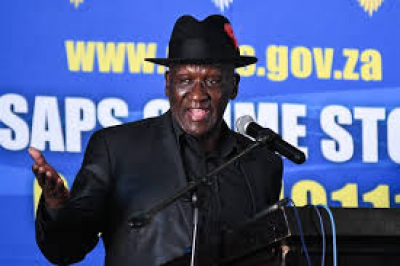 West Village residents in Krugersdorp on the West Rand have told the Police Minister that ambulance services do not enter their community over security fears.

The visit by the Minister follows the brutal rape of eight young women by a group of men, believed to have been illegal miners.

The rapes led to a week of violence with residents targeting foreigners that they say are so-called zama zamas.

A resident said the only way that ambulance services are able to enter the community is when they are escorted by police.

"We escort our children every morning when they have to go and board the bus. This is because we are afraid of these super men - I will not refer to them as zama-zamas, they are super men," they said.

"We are being raped - men or women, it’s all the same. There are a lot of problems that we encounter here."

Corruption is rife, another argued, and police were "only visible when they come here daily to collect a bribe".

Another person claimed that "illegal mining equipment is delivered by police vans."

Cele promised to bring stability in the West Rand.

"We heard your pleas. You have asked me to allow you to sleep at night," he said at a police imbizo in West Village focused on the problem of illegal miners.

"We can't allow people not to have peace at night. When we go home, we need to leave the place knowing it is safe," Cele said.

"If we do so, there is no reason for us to come back with another imbizo." Police needed to allow "women to be women".

"We need to allow people to sleep in peace. There is no community here; it is a prison. People want consistency and sustainability. We need to be here."

Earlier this week, Kagiso residents took it upon themselves to weed out illegal miners residing in their community.

Meanwhile the Information Regulator will conduct an investigation into the South African Police Service (SAPS) for allegedly releasing the personal information of the victims of the Krugersdorp rape.

The Regulator believes that some SAPS members may have violated the Protection of Personal Information Act (POPIA).

Spokesperson, Nomzamo Zondi Nzondi says the Regulator is aware of a list that is being distributed which contains the personal information of the rape victims.

"The Regulator will conduct an own-initiative assessment as per section 89 of POPIA into the measures put in place by SAPS to safeguard the personal information of the victims in this case," said Nzondi.

Watch Live in the Video Below:

More in this category: « Solidarity sends list of 300 power experts to Gordhan, Eskom. Most of applicants for R350 grant have tertiary qualifications. »
back to top