Mixed reactions over President Cyril Ramaphosa's tweet on the commemoration of marikana. 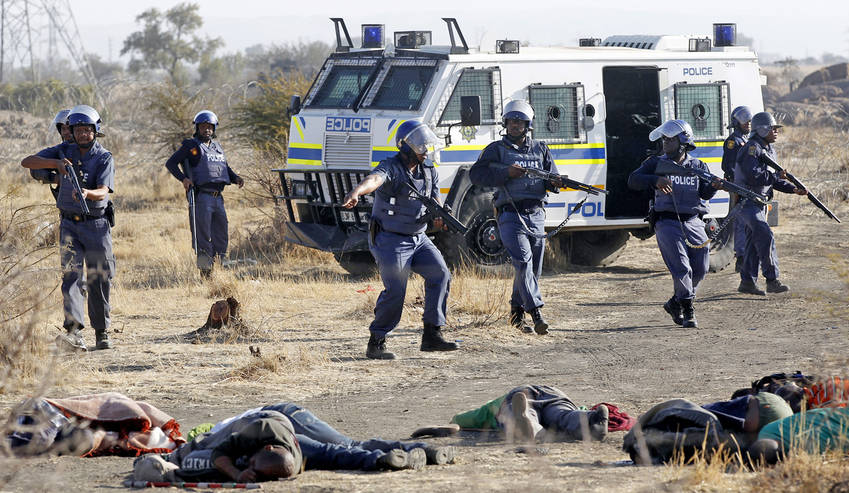 As South Africa reflects on the Marikana massacre that claimed the lives of 34 mineworkers seven years ago,President Cyril Ramaphosa's tweet on the commemoration of Marikana, was met with mixed reactions.

The Marikana tragedy stands out as the darkest moment in the life of our young democracy. Today we remember our 44 compatriots who lost their lives in Marikana seven years ago this week. Never again can we allow such a tragedy to befall our nation.

He might be cleared by the commission, but we know the truth...

Thank you Mr President. Please speed up any outstanding promises by Government that are not yet fullfilled to those families. We need to bring closure in this matter now.

Agreed wholeheartedly.
BUT, BIG BUT, if the police had not opened fire, the police would have been massacred.
Right or wrong?

More in this category: « Today marks the 7th anniversary of the 2012 Marikana tragedy. Chaos in Harare as Zimbabwe riot police violently disperse protesters »
back to top