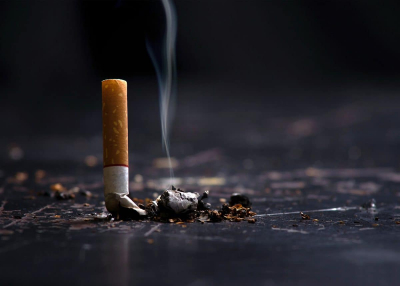 President Cyril Ramaphosa said an earlier decision by government to allow the sale of cigarettes during the COVID-19 lockdown was rescinded after the National Coronavirus Command Council (NCCC) consulted medical experts and various role-players.

Ramaphosa said this on Monday after sections of society implied that Cooperative Governance and Traditional Affairs Minister Nkosazana Dlamini-Zuma had arbitrarily gazetted the ban.

Previously Ramaphosa had announced that the sale of tobacco products would be allowed when the country moved to Level 4 of the nationwide lockdown. Level 4 of the lockdown, aimed at curbing the spread of the virus, began on Friday, 1 May.

“After careful consideration and discussion, the NCCC reconsidered its position on tobacco. As a result, the regulations ratified by Cabinet and announced by Minister Nkosazana Dlamini-Zuma on 29 April extended the prohibition,” the President said in his weekly newsletter.

President Ramaphosa said the decision was made collectively.

“This was a collective decision and the public statements by both myself and the Minister were done on behalf of, and mandated by, the collective I lead.

The President said every regulation was put in place after being carefully considered by government.

“The reality is that we are sailing in uncharted waters. There is still a great deal about the epidemiology of the virus that is unknown. It is better to err on the side of caution than to pay the devastating price of a lapse in judgment in future.”

While there are differing views on some of the decisions government has taken – and in some instances these have polarised opinion – government, is making every effort to act in a way that advances the rights to life and dignity of all citizens.

“Listening to our people and their concerns during this period has been one of the distinguishing features of how we as government have managed this pandemic. We continue to listen to the concerns of our people and are prepared to make adjustments that balance people’s concerns about the challenges they face with the need to save lives,” said President Ramaphosa.

He emphasised that everyone’s energies must be focused on ensuring that health and life is preserved, that the delivery of food, water, healthcare, social security and social support is not disrupted.

“Under these extraordinary circumstances, as government, as individuals and as society we will at times make mistakes. When these occur, we will correct them. But we must carry on, losing neither our nerve nor our resolve.”

“The situation in which we find ourselves demands courage and patience. It requires goodwill and trust between you, the citizen, and your government, and between each other,” the President said.

Over the past five weeks, most South Africans have adhered to the lockdown regulations and, as a result, the country had slowed the spread of the virus.

President Ramaphosa said while scientific evidence indicates that the infection rate will continue to rise at a much faster rate in the next few months, the number of cases would be determined by how government responds.

“That is why the easing of the lockdown needs to be gradual and cautious,” he said.

The President said many regulations need to remain in place.

“It is for this reason that many regulations need to remain in place and why it is absolutely essential that people observe them. I know how difficult this is and I understand the concern that many of our compatriots have about how these regulations are interfering and limiting their rights. But all this is necessary. Our overriding objective is the preservation of life,” he said.

Meanwhile Ramaphosa will today participate in a virtual COVID-19 Summit of the Non-Aligned Movement (NAM).

The summit is convened by the President of Azerbaijan, Ilham Aliyev, in his capacity as Chairperson of the NAM.

South Africa, as Chairperson of the African Union, has been invited as one of the selected countries for the Africa region, said the Presidency on Monday.

Participants will be NAM Heads of State and government from all geographical regions to be convened as the NAM Contact Group.

Representatives of several organisations, including the United Nations (UN) Secretary-General, the President of the UN General Assembly, the Director-General of the World Health Organization (WHO), and the Chairperson of the African Union Commission, will participate in the summit.