EFF Member of Parliament Tebogo Mokwele resigned after confessing to having received money from the CR17 campaign. 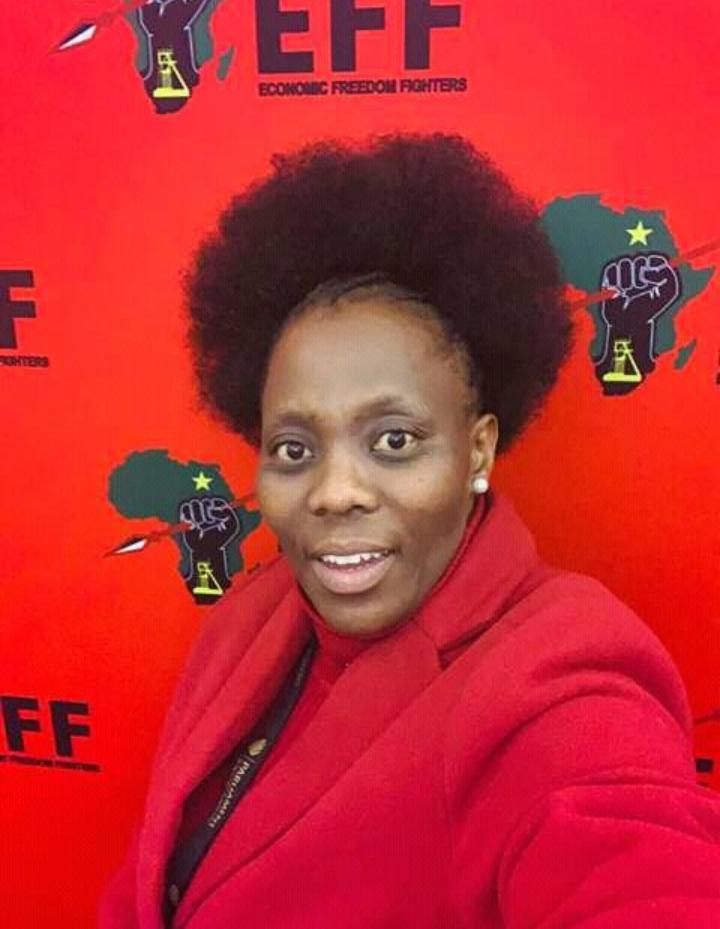 “I have decided to save the organisation the painful time to subject me to a disciplinary process,"She said in her statement. 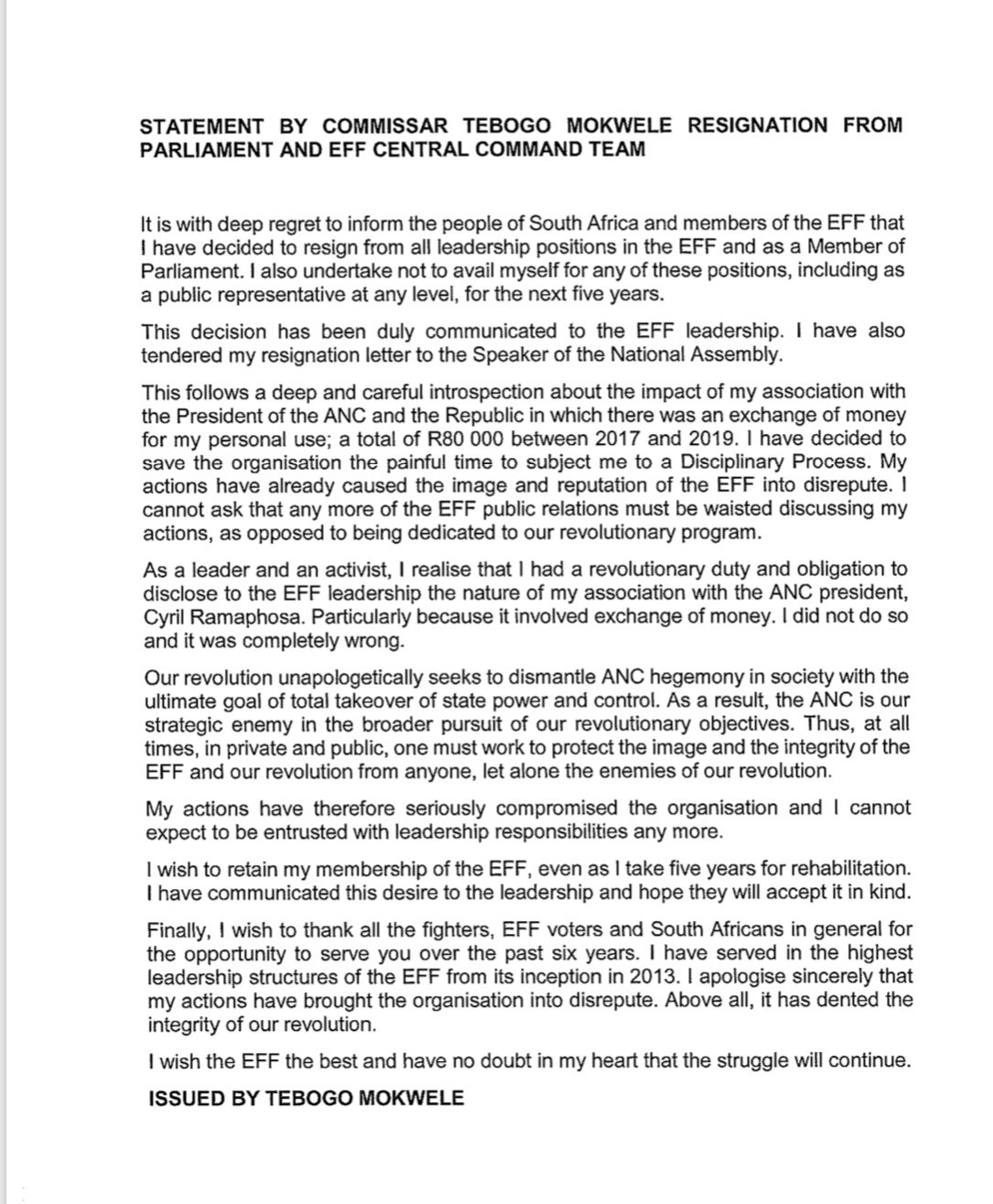 According to a statement released by the EFF, Mokwele told the party that she received the money after asking Ramaphosa for assistance with a bereavement.

More in this category: « Zizi Kodwa has confirmed he received the money from a bank account linked to CR17 campaign. The new demerit system,authorities will now be able to serve documents electronically and can send reminders via WhatsApp and SMS. »
back to top