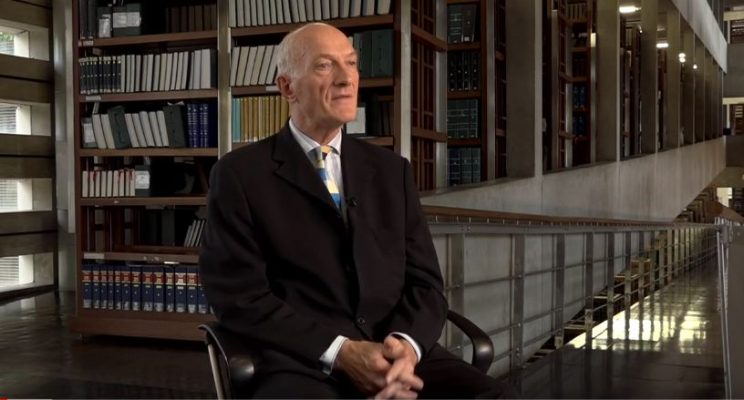 Constitutional Court Justice Edwin Cameron has retired after 25 years as a judge.

Cameron, who is openly gay and was one of the first public figures to disclose his HIV status, first graced the bench as an acting judge on 20 August 1994 until December of the same year.

The late president Nelson Mandela later appointed him permanently with effect from January 1 1995.

According to his profile on the Constitutional Court website, Justice Cameron practised at the Johannesburg Bar from 1983 to 1994. From 1986 he was a human rights lawyer based at the University of the Witwatersrand’s Centre for Applied Legal Studies (CALS), where he was later  awarded a personal professorship in law.

He read his final judgment at South Africa’s apex court this morning. It related to claims from land tenant farmers, some of which date back to over 20 years.

The Constitutional Court ruled in favour of labour tenant farmers who fought for their claims to be processed by a Special Master instead of the Department of Rural Development and Land Reform.

The apex court has dismissed the Department of Rural Development and Labour Reform’s appeal that challenged the Land Claims Court’s appointment of the special master.

In the judgment, the Constitutional Court’s outgoing Justice Edwin Cameron said the intervention by the land claims court was due to consistent failure by the department in its functions which cried for a remedy.

The 11,000 claimants approached the department in 2001 in vain, filing claims against the prestigious KwaZulu-Natal’s Hilton College.

Tweet
More in this category: « The new demerit system,authorities will now be able to serve documents electronically and can send reminders via WhatsApp and SMS. Denel ordered to pay over the unemployment insurance and taxes deducted from employees. »
back to top