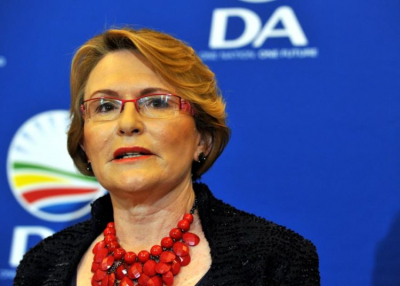 DA Federal Executive resolved at a special meeting that the party's Elective Congress will be held, using a virtual platform, on 31 October 2020, despite the challenges posed by the Coronavirus pandemic.

This is in line with the mandate of the Party’s Federal Council to hold an Elective Congress this year.

Fedex resolved that the Chair of the Federal Council, Helen Zille, and the Chief Operations Officer, Liana van Wyk, would prepare a detailed proposal on plans for holding an elective Congress via an accessible, secure, digital platform, with systems in place to ensure that every delegate will be able to participate fully and fairly.

This proposal will be submitted for scrutiny and ratification at the party’s online Federal Council meeting in July.

Fedex said that by the time they hold the elective Congress, almost every major party function will be operating online, and the process of adaptation continues.

The party has also accused Health Minister Zweli Mkhize for ignoring expert advice which calls for responsible reopening of the economy and industry while capacitating the health system in order to deal with the inevitable spike in infections,that it is wholly irresponsible and tantamount to gambling with the lives of South Africans who has pledged their support to government and their response to Covid-19.

"The fact that half of the four group leaders within the MAC now no longer support the government’s risk-adjusted lockdown strategy and how it is implemented through the regulations is indicative that something has gone seriously wrong. It is now clear that there is a chasm between what is being discovered and produced by scientists and experts and the strategy the South African government has taken."

President Cyril Ramaphosa and his team can no longer avoid making the tough and necessary decisions. Millions of lives and livelihoods are now hanging in the balance,said the official opposition.