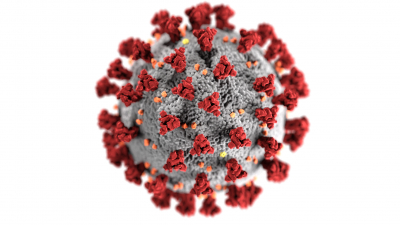 Iran has condemned unilateral US sanctions against its population as 'inhumane', while calling for global solidarity to fight against COVID-19.

World leaders have spoken at the virtual meeting of the World Health Assembly, as many countries have called for an independent probe into the pandemic.

Chinese President Xi Jinping says Beijing has always been transparent about the outbreak and will support a probe once the pandemic is under control.

Globally, there have been more than 4.7 million known cases of COVID-19, and nearly 315,000 people have died, according to Johns Hopkins University. More than 1.7 million people have recovered.

Here are all the latest updates:

South Africa's President Cyril Ramaphosa has said that Africa affirms its "full support" for the World Health Organization (WHO) which he said had been key in guiding the international response to the pandemic.

Ramaphosa, speaking to the WHO's annual assembly being held online, said that assistance to Africa needs to include debt relief and help with diagnostics, drugs and medical supplies.

President Ramaphosa, who is the chairperson of the African Union (AU), said the continental body consisting of 55 member states has taken very deliberate steps to respond to the virus.

“We have developed a comprehensive COVID-19 strategy, established an African Union COVID-19 Response Fund and embarked on a fundraising drive to strengthen the Africa Centres for Disease Control and Prevention,” he said.

The AU has also raised US$ 61 million for the Response Fund and the Africa Centres for Disease Control and Prevention.

“The African Union has made a call for developing countries to be assisted in their efforts to combat the pandemic and to rebuild their economies.”

This include debt relief, more Special Drawing Rights Allocations with international financial institutions, and the provision of comprehensive and robust stimulus packages to vulnerable countries.

“To turn back the frontiers of the pandemic, we also need to deepen international collaboration around research and development and investment in essential medical technologies, in COVID-19 diagnostics and therapeutics and in vaccines,” he said.

Syria will not hold public prayers during Eid al-Fitr holidays at the end of the Muslim holy month of Ramadan, authorities announced Monday, mirroring restrictions in Egypt and Algeria.

Inviting the faithful to pray at home with family, Damascus announced "the suspension of collective prayer in mosques for Eid," state news agency SANA reported.

The decision by the legal committee of the ministry of religious endowments was aimed at restricting the spread of the new coronavirus.

Wearing a face mask, Brazilian President Jair Bolsonaro posed for photographs with children plucked out of a crowd of supporters on Sunday, disregarding public health advice aimed at containing one of the world's worst coronavirus outbreaks.

Bolsonaro's latest flouting of social-distancing guidelines came after a month in which he lost two health ministers, both of whom resisted his fight against quarantines. Brazil's confirmed cases of the virus passed those of Spain and Italy on Saturday, making it the site of the world's fourth-largest outbreak.

Ride hailing company Uber has cut 3,000 jobs from its workforce, its second major wave of layoffs in two weeks as the coronavirus slashed demand for rides.

Uber will be re-focusing on its core business, moving people and delivering food and groceries, said CEO Dara Khosrowshahi, in a note to employees.

United States biotech firm Moderna reported promising early results from the first clinical tests of an experimental vaccine against the novel coronavirus performed on a small number of volunteers.

The Cambridge, Massachusetts-based company said the vaccine candidate, mRNA-1273, appeared to produce an immune response in eight people who received it similar to that seen in people convalescing from the virus.

Nigeria will impose 'precision lockdown' measures in areas that report rapid increases in cases of the new coronavirus, the chairman of the presidential task force said.

The government also extended a full lockdown in the northern economic hub of Kano state, which has the second highest number of confirmed cases in the country, behind the commercial capital of Lagos, and where authorities are investigating a spate of mysterious deaths.

Morocco is to extend its national lockdown to contain the spread of the new coronavirus until June 10, Prime Minister Saad Dine El Otmani said.

Morocco had confirmed 6,930 coronavirus cases, including 192 deaths, by Monday morning, as the rise of hotspots within families and factories complicates efforts to curb infections.

Tweet
More in this category: « Lesotho's embattled Prime Minister Thomas Thabane tells supporters he is stepping down. COVID-19 Update:The total number of confirmed COVID 19 cases in South Africa is 16 433,with 22 more deaths recorded. »
back to top