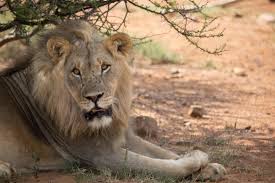 A man was killed by a lions at the Dinokeng Game Reserve, north of Pretoria.

Early reports indicated that the victim was the owner of the lions.

According to Best Care emergency service spokesperson Xander Loubser, three lions were shot and killed after the fatal attack.

“We received a call of a lion attack at Dinokeng. We received information that the male (patient) was unresponsive and that a few lions were shot. We were also informed that the patient was not safe to approach as there was still a third lion in close proximity,” he said.

He was attacked while tending to them in their enclosure and was reportedly dead when paramedics had arrived.

More in this category: « Today marked one year anniversary of the state capture commission of inquiry. 9 municipalities in Gauteng are on the verge of being dysfunctional. »
back to top