Nomgcobo Jiba went to court to file an urgent interdict to stop Parliament from going ahead with the process of either endorsing or rejecting the decision to fire her. 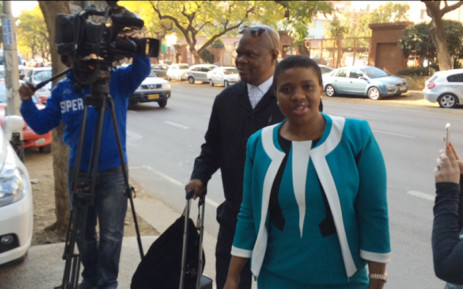 Nomgcobo Jiba went to court to file an urgent interdict to stop Parliament from going ahead with the process of either endorsing or rejecting President Cyril Ramaphosa’s decision to fire her.

As a result,speaker of the National Assembly Thandi Modise and the parties involved in the urgent interdict of Parliament’s consideration of President Cyril Ramaphosa’s decision to remove Advocate Nomgcobo Jiba from the National Prosecuting Authority, have agreed to an order that suspends the parliamentary process until 19 September, when the Court is set to hear Part A of Advocate Jiba’s application.

Parliament’s spokesperson Moloto Mothapo said the agreement was motivated by Parliament wanting to uphold fairness, impartiality and the rule of law in dealing with the matter. The National Prosecuting Authority Act obliges Parliament, “within 30 days…,or as soon thereafter as is reasonably possible”, to pass a resolution about whether or not the restoration of the deputy national director is recommended.

"The draft agreement, which is to be made an order of court, demonstrates Parliament’s endeavour to ensure fairness and at the same time to uphold its statutory obligations."

More in this category: « Public Protector has filed an application to the Constitutional Court for leave to appeal High Court ruling which suspended the implementation of remedial action against Pravin Gordhan Watch: President Cyril Ramaphosa response on his son's links to Bosasa.(Published on 6 Nov 2018) »
back to top