Mxolisi Kaunda will replace Zandile Gumede as mayor of eThekwini. 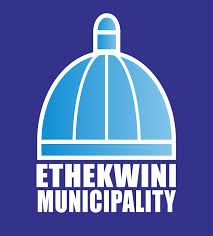 The current KZN MEC for Transport, Safety and Community Liaison,Mxolisi Kaunda has been appointed mayor of the eThekwini Municipality and Belinda Scott, the current MEC for finance in the province, will be the deputy mayor.

He will replace the ousted mayor Zandile Gumede, who was relieved of her duties last week,once he is sworn in by the city council.

Weziwe Thusi will be nominated as eThekwini council speaker.

The party briefed the media on proposed mayoral candidates for Msunduzi and eThekwini municipalities respectively however the media briefing was delayed for over three hours with the leadership held up in a meeting trying to find a middle ground among the two sides.

More in this category: « The ANC withdraws its motion of no confidence against Johannesburg Mayor Herman Mashaba. DA leader Mmusi Maimane told President Cyril Ramaphosa during the Q & A that Bosasa has paid R3m to the ANC. »
back to top