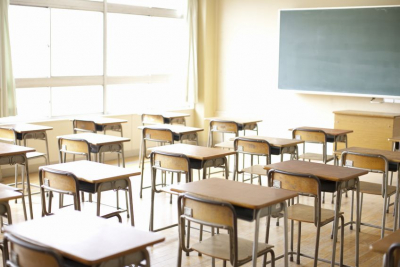 Gauteng Education (GDE) MEC Panyaza Lesufi has provided an update of the first day of schools reopening since the country went into lockdown on 27 March 2020, to curb the spread of COVID-19.

On educator attendance, Lesufi said most districts reported no problems with attendance also estimated at over 85% with the absence of some teachers attributed to them having comorbidities.

“On comorbidities, we have noticed some absence of educators last week and today, due to having underlying conditions,” he said.

The MEC appealed to all educators to comply with the guidelines by contacting the school principal and district for clarity on whether their application is approved and not just stay away.

According the provincial department, 11 schools where deemed not to be ready to open on Monday.

“Reports from districts show that two of these schools were opened successfully. The remaining schools did not open mainly due to infrastructure issues which are currently being addressed,” said the MEC.

A number of cases of COVID-19 positive teachers were reported by the Department of Health. In the main, these cases arose prior to schools reopening for teachers.

“Currently we have recorded 39 COVID-19 positive, from 38 schools and 38 cases under investigation,” said the MEC.

To assist with screening at schools, the provincial department recruited COVID-19 brigades many of whom are in the process of being deployed to schools.

Lesufi said the brigades are an additional resource to schools but that other personnel have been assigned to deal with screening and other issues.

Meanwhile, Lesufi confirmed that the family of Enock Mpianzi through their attorney claimed for about R10 million for compensation.

Mpianzi lost his life when a makeshift boat built by him and his school mates capsized during a river rafting exercise during a school orientation camp in Brits, North West.

Lesufi said the department had no appetite to oppose the claim, adding that the department’s legal team will engage them accordingly.

Tweet
More in this category: « Public warned against bogus and potentially harmfully Personal Protective Equipment (PPE). Labour offices closed as a precautionary measure after positive cases of COVID-19. »
back to top