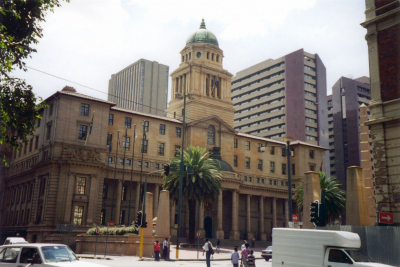 The Gauteng Legislature has closed for the rest of the week after two police officers stationed there tested positive on Sunday.

The legislature has now called on members of the public who have visited the building in the past two weeks to get tested for the virus.

In a statement issued on Tuesday, the office of the Speakers said the two officers’ results came back positive on Sunday after they were tested last Tuesday. Both officers were posted at the legislature’s control room.

“The SAPS Members stationed at the GPL were all called for testing at the Provincial Command Centre on 2nd and 3rd June 2020.

SAPS received their results on 7th June and immediately relayed the information to GPL,” read the statement.

The legislature emphasised that the officers had shown no COVID-19 symptoms and their body temperature was normal.

The GPL main building and the control room where the Officers were posted was immediately closed pending a thorough sanitisation, which was conducted by SAPS on Monday.

“The GPL calls on all Members, Officials and any Member of the Public who has been in the vicinity of the GPL building in the past 14 days to contact the institution in order to undergo testing to be carried out by the Gauteng Department of Health,” the legislature said.

The legislature premises are closed to all public and staff until 14 June 2020.

The work of the institution will continue virtually as it has been the case during lockdown alert level 4 and 5.

Tweet
More in this category: « Life Healthcare Group becomes latest victim of a targeted criminal attack on its IT systems. Compensation Fund receives over 200 claims from health workers. »
back to top