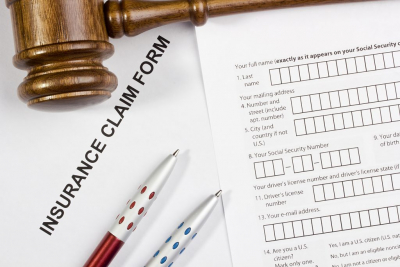 The Compensation Fund has received over 200 claims from health workers as cases of COVID-19 continue to rise.

“Already, the Compensation Fund has seen 212 COVID-19 related claims with the largest number coming from KwaZulu-Natal having registered 76 claims. The Fund has accepted liability of 67 of those claims; two have been repudiated while seven are awaiting adjudication,” said the department in a statement on Monday.

The Western Cape is the second biggest applicant with 75 claims with 41 of those accepted and 34 awaiting adjudication.

Gauteng received 30 claims and half of those have been accepted, four repudiated and 11 are awaiting arbitration.

The Eastern Cape has registered 28 cases of which 26 have been accepted, one has been repudiated and another awaits arbitration.

The majority of those who have been affected are female accounting for 89% of claims received.

According to Fund Commissioner, Vuyo Mafata, most of those affected are nurses in the private sector with 65 in KwaZulu-Natal, 26 in Western Cape and 18 in Gauteng.

A further 42 claims have been lodged through the Mutual Association of which one has been accepted, seven repudiated and 34 are pending adjudication.

“When we say we have accepted the claim as a valid occupational injury or disease, it means we accept responsibility for the costs related to the claim, that is medical aid costs and disability costs,” Mafata explained.

When a matter is repudiated, it means the Fund has accepted the claim as a valid occupational injury or disease and will not take responsibility for the costs related to the claim.

“Sometimes we do not accept liability which means we have repudiated a claim but may still reconsider it if additional information is submitted to support the claim,” he added.

Meanwhile, when a claim is pending adjudication, this means that the claim has been received, but no decision has been made due to outstanding information or it has not been attended to yet.

Inspector-General Aggy Moiloa has lamented the low level of compliance with health and safety protocols since the commencement of the COVID-19 lockdown.

“There is no significant change whatsoever in the percentage of compliance since the last inspection,” she said.

Over this period, there have been 4 306 inspections conducted with 2 374 workplaces complying. This works out to 55%, which translates to 45% of employers not complying.

“Employers have a legal duty to ensure that all workers operate under conditions of safety especially with rising cases of coronavirus afflictions."

She said non-compliance has direct effects on presenting future cases of compensation.

The Unemployment Insurance Fund (UIF), which is an entity of the department, has already paid over R20 billion since April, benefitting 3 517 346 workers since lockdown.

This includes some payments for May claims that currently stand at just over R2 billion.

“The figures also reflect an increase in direct payment to workers which now stands at 133 988 being paid directly an amount of R594 million. These workers’ claims were submitted by 9 747 employers,” the department said.

On the other hand disbursements to domestic workers have increased to just under R100 million which has been paid out to 25 074 workers represented by 15 014 workers.

“The UIF however, is still concerned about a high number of undeclared workers on whose behalf employers are putting in claims. In the latest round of claims, employers have claimed for at least 76 599 workers who do not appear on the database for benefit payment of R325 million.”

In April, the UIF received applications of 697 418 workers who did not appear on its database from 113 080 employers and had payments been made, they would have netted close to R3-billion in relief benefit payments.

“This is a serious cause for concern and we appeal to employers to help the UIF to be able to reconcile these claims for these workers against our database,” said UIF Commissioner Teboho Maruping.

The department deals with issues relating to compensation for injury or disease contracted on duty; workplace inspections for health and safety; unemployment insurance; the conciliation, mediation and arbitration of workplace conflicts and productivity.

“We are the centre of government’s response to the ill effects of the Covid-19 pandemic and beyond,” the department said.

Tweet
More in this category: « Gauteng legislature closes after two police officers stationed there tested positive. Cyril Ramaphosa offers his condolences to the families of COVID-19 victims. »
back to top