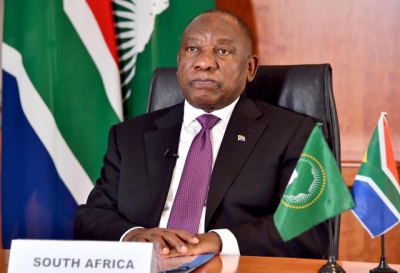 The government of Burundi announced on Tuesday that Nkurunziza passed away at the age of 55 following a short illness. His passing came shortly after Burundi concluded a peaceful electoral process.

Ramaphosa expressed his sincere condolences to the government and people of Burundi at the loss of the leader, who served Burundi as the second democratically elected President and the first President after the civil war.

“Burundi and all of Africa have lost a leader, who was devoted to people-centred sustainable development, self-reliance, the sovereignty of his people and country, as well as peace on the continent.

“It was under the leadership of Nkurunziza that Burundi became one of the major troop contributing countries in the African Union Mission in Somalia. Burundi also deployed troops in the Central African Republic," he said.

Ramaphosa recalled the sound bilateral relations between South Africa and Burundi, under which South Africa played a key role in the AU-led Burundi Peace Process, which led to the signing of the Arusha Peace Accords in 2000.

A memorable last State visit undertaken by Nkurunziza to South Africa was in November 2014, where the two countries signed a number of bilateral agreements. These covered, among others, a Joint Commission of Cooperation (JCC), cultural cooperation and a decision to establish a Joint Business Council (JBC).

Ramaphosa called on the people of Burundi to maintain calm and peace in their country following the passing of Nkurunziza and in the aftermath of the recently concluded presidential, legislative and municipal elections.

Tweet
More in this category: « The application of the NSFAS N+2 rule to become more efficient in 2020. Livestream: The ban on the sale of tobacco products is heard in the High court in Pretoria. »
back to top