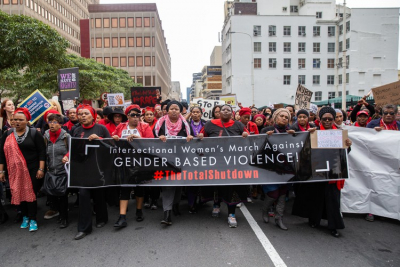 Justice and Correctional Services Minister Ronald Lamola has welcomed the National Assembly’s decision to pass two amendment bills to remedy laws, which have had deeply layered patriarchal effects on society.

The amendment bills, namely, Prescription in Civil and Criminal Matters (Sexual Offences) Amendment Bill and Recognition of Customary Marriages Bill will head to Parliament for consideration.

The Prescription in Civil and Criminal Matters, popularly known as the Sexual Offences Amendment Bill, paves the way for the prosecution of all sexual offences, regardless of the lapse of time.

The Sexual Offences Bill seeks to empower survivors, who often suffer in silence and either never disclose the offences at all - with the perpetrator escaping all consequence - or they only disclose over varying periods of time.

According to the 2018/19 Statistics South Africa Victims of Crime Report, the percentage of victims of sexual offences, who reported at least one incident, is 88%.

“It means that these crimes can be prosecuted, irrespective of when the crime took place,” said the Justice Department.

The amendment bill also ensures that crimes, which relate to the common law offence of bribery and the offence of corruption in terms of the Corruption Act, are also no longer subject to a time limitation in order to institute a prosecution.

In terms of section 7(1) of the Recognition of Customary Marriages Act (RCMA), customary marriages entered into before the commencement of the RCMA are governed by customary law.

In terms of this Act, wives have no right of ownership and control over marital property, which right is reserved solely for the husband.

The amendment of the RCMA now provides that where a person is a spouse in more than one customary marriage, entered into before the start of the Act, will have joint and equal ownership and other rights, as well as equal rights of management and control over marital property.

With the amendment, all monogamous customary marriages, whether they were entered into before or after the commencement of the RCMA, are in community of property, unless the spouses specifically determine otherwise by means of an ante-nuptial contract.

“Our constitutional democracy places emphasis on equality. This must permeate all aspects of our society. As the Women’s Charter declares, the level of civilisation, which any society has reached, can be measured by the degree of freedom that its members enjoy.

“As a free and democratic society, we must forge ahead with great speed to ensure that in all facets of society, the status of women is attuned to the expectations of our constitutional democracy,” said Lamola on the passing of the bills by the National Assembly.

The amendment bills will head to the National Council of Provinces for consideration.

Tweet
More in this category: « Update:10 Dead,32 injured in 10 vehicle crash in KZN. Nzimande satisfied with the progress at Tshwane University of Technology (TUT). »
back to top