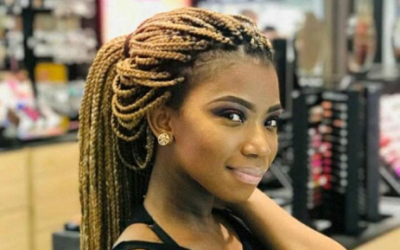 Tshegofatso Pule (28) was found stabbed and hanging from a tree in Durban Deep, Roodepoort. Picture: Twitter.

Tshegofatso Pule, the 28-year-old who was found on Monday hanging from a tree in Roodepoort, on Gauteng’s West Rand, will be laid to rest on Thursday. Pule had been stabbed and killed after she went missing last week.

Pule, who was eight months pregnant, had been stabbed in the chest. The expectant mother from Soweto reportedly went to visit her boyfriend in Florida last week but never returned.

"According to a relative, it is alleged that Tshegofatso was last seen entering a cab called for her by her boyfriend last Thursday night. That was the last time she was seen alive."

Meanwhile the Minister in the Presidency for Women, Youth and Persons with Disabilities, Maite Nkoana-Mashabane, has expressed shock at the brutal killing of two women in Cape Town and Johannesburg at the weekend.

The ministry said the continuous brutal killing of women and children at the hands of those they love is despicable and deplorable.

"This calls for heightened responsiveness, greater awareness and practical measures to assist women who find themselves in vulnerable situations," the ministry said.

Tweet
More in this category: « COVID-19 Update:The cumulative number of confirmed COVID-19 cases in South Africa is 55 421. NHLS working around the clock to reduce the backlog of COVID-19 test samples. »
back to top