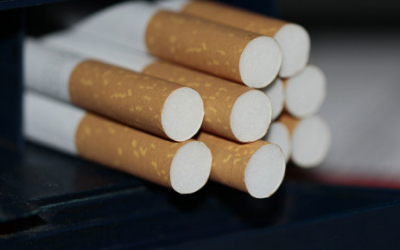 The court battle over the continued ban of tobacco products is not over,it remains to be seen what the next move will be for the National Coronavirus Command Council(NCCC).

After hearing arguments from both parties, the bench headed by Gauteng judge president Dunstan Mlambo reserved judgment on Wednesday afternoon.

“The greatest risks of a health system are obesity, diabetes, cardiac arrest, cancer and nobody is suggesting that tobacco isn’t harmful but what we do know is that there is legislation in South Africa that deals with the regulation of tobacco products," said Fita counsel Arnold Subel.

He said the World Health Organisation (WHO) stated last month that no peer-reviewed studies had been published to ascertain these facts.

Subel said this meant there were no conclusive studies to rely upon showing smokers were more at risk.

Co-operative governance & traditional affairs (Cogta) minister Nkosazana Dlamini-Zuma also had an opportunity, through her advocate Marumo Moerane,who said Fita's complaint seemed to be that the submissions they made in April, opposing the ban of the sale of tobacco products, were not given sufficient weight.

"There is no basis for Fita to claim the process adopted was irrational."

Moerane also took issue with the claim made by Fita that Dlamini-Zuma relied on new evidence obtained after May 1, for promulgating regulation 27 on April 29, which prohibited the sale of tobacco products on level 4.

The government however has asked the High Court in Pretoria to give it time to reflect on its regulations relating to the ban of tobacco products should its decision be found to be flawed.

Twitter
More in this category: « DWS expressed disappointment at the torching of the water tanks. Watch Live:Constitutional Court judgment on constitutionality of Electoral Act regarding independent candidates. »
back to top