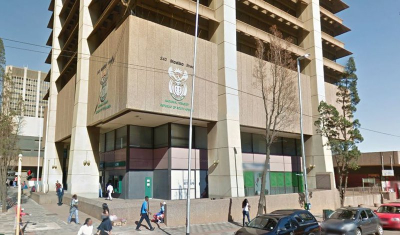 National Treasury has announced that cabinet has approved the tabling of the Financial Sector Laws Amendment Bill, 2020.

In a statement issued on Thursday, Treasury said the Bill is part of the Twin Peaks reform of the financial regulatory system applicable to the financial sector.

The Bill introduces a critical element to the regulatory system on how to deal with a failing bank or other systemically important financial institutions to protect financial stability in a way that reduces reliance on the fiscus.

The Bill enables South Africa to meet the basic international standards, following the 2008 Global Financial Crisis, as endorsed by G20 countries and outlined in the Financial Services Board (FSB) document, ‘Key Attributes of Effective Resolution Regimes for Financial Institutions’. The document sets out the international standard for resolution regimes to address the problem of banks that are considered “too big to fail”.

The underlying policy approach to resolution is contained in two policy papers, ‘Strengthening South Africa’s Resolution Framework for Financial Institutions’ and ‘Designing a Deposit Insurance Scheme for South Africa’, which were published by National Treasury and the South African Reserve Bank in 2015 and 2017, respectively.

“The first part of the Bill introduces a comprehensive framework for resolving all banks, as well as non-bank systemically important financial institutions that may be ‘too big to fail’. The second part sets out the provisions to introduce, for the first time, an explicit, industry-funded deposit insurance scheme to protect qualifying depositors’ funds up to a specified limit when a bank fails,” Treasury said.

The ‘resolution and deposit insurance’ framework contained in the Bill has a number of significant policy objectives, which include:

Tweet
More in this category: « Cyril Ramaphosa appoints members of SOE council. DTIC effected changes to regulations issued during the COVID-19. »
back to top