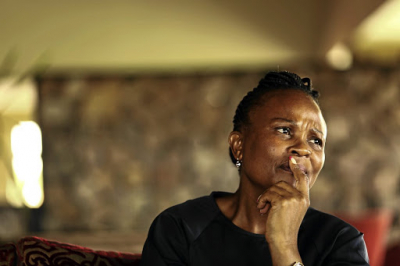 Public Protector Busisiwe Mkhwebane has closed 13 reports, including an investigation into allegations that Western Cape Health MEC Nomafrench Mbombo received benefits or sponsorship during a special birthday celebration in 2016.

"I concluded that the MEC did not receive any benefit, gift or sponsorship as contemplated in the Executive Ethics Code for or in respect of the function that was held at the Radisson Blue Hotel in Cape Town on 10 September 2016," Mkhwebane said.

Mkhwebane closed the investigations because some had been found to be unsubstantiated, while others were dealt with in other forums.

She also closed her investigation into allegations of maladministration and improper conduct in connection with a Master Service Agreement entered into between Eskom and McKinsey Company Incorporated, as well as payments made to Trillian Capital and Partners.

She said the matter had been referred to the state capture inquiry, adding that the High Court had also made a ruling on it.

Mkhwebane looked into allegations of improper conduct, abuse of power and/or maladministration during the probe into former acting SARS chief operations Jonas Makwakwa's financial affairs by the Financial Intelligence Centre and the tax body.

She also looked into the department of water’s procurement of System Application and Product licenses on behalf of water boards. The complaint was submitted by former EFF general secretary Godrich Gardee. The complaint information had alleged that the department of water had no need to procure additional SAP licenses as their own licenses could have accommodated additional users including water boards.

Mkhwebane said her investigations revealed that the allegations were substantiated.

"I investigated allegations of corruption, procurement irregularities and maladministration within the erstwhile Department of Water and Sanitation. The investigation followed a February 2017 complaint by Mr Godrich Gardee, then Member of Parliament and General Secretary of the Economic Freedom Fighters.

The Public Protector said the director-general should take actions against officials involved In the matter.

Mkhwebane also found that SABC functionaries approved the appointment of Palesa Chubisi as producer and presenter of the Morning Live TV show in April 2016 without adhering to procedure.

She said the conduct of SABC functionaries in approving the appointment of Chubisi in that position amounted to improper conduct.

The public protector also ordered the CEO to take steps, within 60 days of receiving the report, to train, workshop and educate SABC employees on adherence and compliance with their policies and prescripts, including the values and principles stipulated in the constitution.