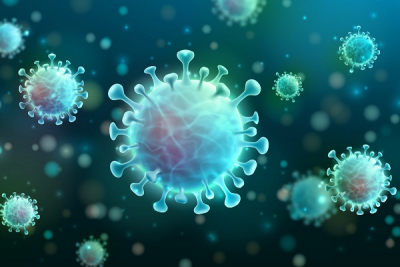 The steroid dexamethasone has been found to save the lives of one-third of the most serious COVID-19 cases, according to trial results by the University of Oxford, hailed as a "major breakthrough" in the fight against the disease.

More than 8 million people have been confirmed to have the coronavirus around the world. Nearly 3.9 million have recovered, while at least 437,000 have died, according to data compiled by Johns Hopkins University. The US, Brazil and the UK have reported the most deaths.

Beijing officials have described the coronavirus outbreak centred on the Xinfadi wholesale food market as "very grim" as more parts of the city are sealed off.

WHO head Tedros Adhanom Ghebreysus has warned that countries need to "stay alert to the possibility of resurgence" as new clusters of cases emerge in Beijing and more than 100,000 cases of coronavirus are reported across the world every day.

“Regrettably, we report a further 88 COVID-19 related deaths: 73 from the Western Cape, nine from the Eastern Cape and six from Gauteng. We extend our condolences to the loved ones of the departed and thank healthcare workers who treated the deceased,” Minister of Health Dr Zweli Mkhize said on Monday.

The Minister also announced that there is a total of 73 533 COVID-19 cases.

The number of people who have recovered from the virus is 39 867 - this translates to a recovery rate of 54.2%.

New coronavirus cases have nearly doubled in Alabama and South Carolina in the second week of June compared to the prior seven days, a Reuters analysis has found, as 17 US states reported weekly increases of its spread.

Alabama's new cases rose 97 percent to 5,115 for the week ending June 14, with 14 percent of COVID-19 tests coming back positive compared to six percent in the prior week, according to the analysis of data from The COVID Tracking Project, a volunteer-run effort to track the outbreak.

Pence says looking at other venues for Trump Tulsa rally.

Officials are considering other venues in Tulsa, Oklahoma, for US President Donald Trump's first campaign rally since the coronavirus shutdown, Vice President Mike Pence has said.

Pence acknowledged the health risks of bringing so many people together - the campaign said it had received more than one million ticket requests - during an interview with Fox News.

"It's one of the reasons that we're going to do the temperature screening and we're going to provide hand sanitizers and provide masks for people that are attending," Pence said.

The chief health officer in Tulsa said over the weekend he was worried about holding such a large indoor event while coronavirus cases are rising in the area and wished the rally could be postponed.

The steroid dexamethasone has been found to save the lives of one-third of the most serious COVID-19 cases, according to trial results hailed as a "major breakthrough" in the fight against the disease.

Researchers led by a team from the University of Oxford administered the widely available drug to more than 2,000 severely ill COVID-19 patients.

Among those who could only breathe with the help of a ventilator, dexamethasone reduced deaths by 35 percent, and it reduced deaths of those receiving oxygen by a fifth, according to preliminary results.

At least 9,761 people in Africa were tested positive for coronavirus in one day, the Africa Centres for Disease Control and Prevention said.

According to the latest updates, the total number of cases in the continent of 1.2 billion people has now reached 251,866. The number of people killed went up to 6,769 after 305 virus-linked deaths were registered across Africa.

Tweet
More in this category: « Public Protector closed 13 reports which were found to be unsubstantiated. NPA & Hawks arrested at least eight top people involved in VBS Bank Heist. »
back to top