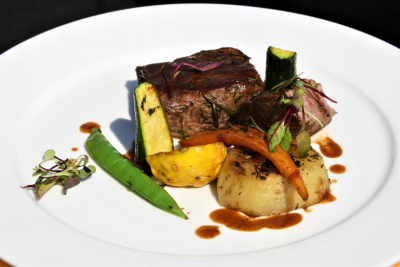 President Cyril Ramaphosa in his address this evening said it is now just over 100 days since the first case of coronavirus was identified in South Africa. For 100 days we have been living in the shadow of one of the greatest threats to global health in over 100 years.

Ramaphosa said the disease, and the measures we have taken to fight it, have caused massive disruption in the lives of our people, bringing our economy to a standstill and threatening the livelihoods of millions.

The president said so far, it has cost our nation the lives of 1,674 people.

In the midst of this life-destroying pandemic, we are greatly encouraged by news this week of a breakthrough in the treatment of COVID-19,He said.

A study by the University of Oxford in Britain found that the drug dexamethasone – which is also manufactured here in South Africa by one of our pharmaceutical companies and of which there is an ample supply – reduced deaths among patients on ventilation by a third.

The Department of Health and the Ministerial Advisory Committee has recommended that dexamethasone can be considered for use on patients on ventilators and on oxygen supply.

Since the start of the outbreak there have been 80,412 confirmed coronavirus cases in South Africa.

Ramaphosa added that during level 5 of the lockdown, this doubling time increased to 15 days, which meant that it took much longer for the virus to spread.

The doubling time has been at around 12 days during levels 4 and 3.

He said when he announced that the country would be moving to alert level 3 from the 1st of June, He said that we would be giving consideration to re-opening other sectors of the economy if the necessary safety precautions could be put in place and maintained.

Following further discussions with industry representatives on stringent prevention protocols, and after advice from scientists and consultation with Premiers, Cabinet has decided to ease restrictions on certain other economic activities.

These activities include:
- Restaurants for ‘sit-down’ meals
- Accredited and licensed accommodation, with the exception of home sharing
accommodation like AirBnB.
- Conferences and meetings for business purposes and in line with restrictions on public gatherings.
- Cinemas and theatres, to be aligned to limitations on the gathering of people.
- Casinos.
- Personal care services, including hairdressers and beauty services
- Non-contact sports such as golf, tennis, cricket and others. Contact sports will be allowed only for training and modified activities with restricted use of facilities.

In each instance, specific and stringent safety requirements have been agreed on and will need to be put in place before a business can re-open, and protocols will need to be strictly adhered to for businesses to remain open,the president said.

Announcements will be made in due course to detail these measures and indicate the date from which these activities will be permitted.

Ramaphosa said they have taken this decision with due care and seriousness, appreciating the risks associated with each activity and the measures needed to manage those risks.

Meanwhile as Chair of the African Union, they have integrally involved in forging a common approach across the continent, ensuring that they mobilise resources and develop strategies to ensure that no country is left behind.

There are currently over 250,000 confirmed cases in Africa and there have been more than 6,700 deaths.

This is relatively low compared to the global number of cases – which has now passed 8 million – largely because African countries acted swiftly to implement national lockdowns.

However, the president said they can expect infections in Africa to rise as countries ease restrictions in the face of severe economic pressures and they are working together as a continent to meet that challenge.

Ramaphosa also said at a time when the pandemic has left us all feeling vulnerable and uncertain, violence is being unleashed on women and children with a brutality that defies comprehension.

These rapists and killers walk among us. They are in our communities.They are our fathers, our brothers, our sons and our friends; violent men with utterly no regard for the sanctity of human life.

Over the past few weeks no fewer than 21 women and children have been murdered. Their killers thought they could silence them.

But we will not forget them and we will speak for them where they cannot,He said.

We will speak for the innocent souls of Tshegofatso Pule’s unborn daughter who had already been given a name, six-year-old Raynecia Kotjie and the six-year-old child found dead in the veld in KwaZulu-Natal."

They are not just statistics. They have names and they had families and friends. This evening, our thoughts and prayers are with them,said the president.

Ramaphosa commended the South African Police Service for their excellent work in arresting almost all of the alleged perpetrators.

Twitter
More in this category: « The number of confirmed COVID-19 cases in South Africa has risen to 80,412. Government emphasises its support for the national carrier, South African Airways (SAA). »
back to top