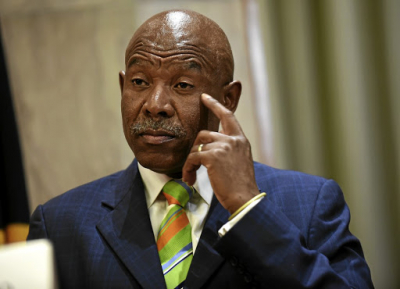 SA Reserve Bank (SARB) Governor Lesetja Kganyago said the effects of COVID-19 on the South African economy are expected to produce the worst economic downturn in a century.

“We expect that ‘the great lockdown’ will cause output to contract by about 7% this year. The last time a figure of that magnitude appears in our data is 1931, during the Great Depression, when output fell by 6.2%. It had declined by 6.1% in 1930,” the Governor said during a Wits School of Governance virtual lecture on Thursday.

The central bank has responded flexibly, quickly and aggressively to the crisis, having already cut the repurchase rate by 275 basis points during the lockdown.

“So far, these actions have improved market functioning and are supporting economic activity. However, the larger economic outlook remains uncertain. We are watching the data closely, and we are ready to act appropriately, in accordance with our mandate,” Kganyago said.

First, the Governor said, the bond-buying programmes fall on a spectrum, running from limited to larger interventions.

“Conducting any of them successfully is made possible by our inflation-targeting framework and the flexible approach we take to it,” he said.

Secondly, the scale of asset buying the central bank needs to do should follow from a clear sense of why markets have been malfunctioning.

“Central banks can provide liquidity, while challenges like fiscal sustainability are best dealt with elsewhere,” he said.

“These concepts are pretty hard to understand. It is easy, for example, to take the mistaken view that QE is ‘free money’,” he said.

During the pandemic, the Reserve Bank has also have provided regulatory relief to the financial sector in an effort to help maintain the flow of credit in the economy, despite the temporary payment problems for firms and households caused by the COVID-19 shock.

In addition, the Governor said, the SARB has offered funding for small and medium enterprises (SMEs), starting at R100 billion, with an option to scale up to R200 billion over time, or about 4% of gross domestic product (GDP).

“This facility is backstopped by a guarantee from National Treasury,” he said.

The central bank has also been buying government bonds in the secondary market to improve market functioning. The total of new purchases now stands at around R25 billion, which is an increase in its bond portfolio of about 0.6% of GDP from pre-crisis levels. This is comparable to purchases by emerging market peers.

Tweet
More in this category: « Transnet institute process of lifestyle audits for its employees. R100k bail each for the VBS Mutual Bank fraud accused. »
back to top