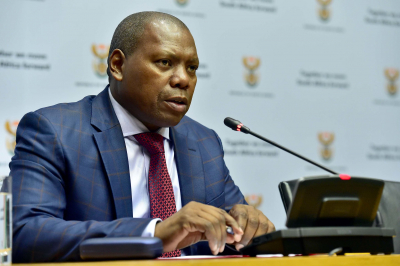 He said government has taken the necessary bold steps needed to prevent the rapid spread of Coronavirus.

“The numbers would have been extremely high and quickly overwhelmed the system, had we not taken the measures we did.

“We are moving forward with confidence, backed by science, which told us it would not be worth extending the lockdown, as it would not have an effect on the inevitable laws of epidemiology.

“In terms of our model, even if we extended the lockdown by another two months, we would not necessary delay the peak by any meaningful margin.

“We must ensure that as the virus spreads, we are able to contain the curve. But as we open the economy, sustaining this requires a commitment to the goals of achieving UHC [Universal Health Coverage] and shifting emphasis from regulation and law enforcement to social compacting for mass buy in and compliance,” Mkhize said on Friday.

He was addressing a webinar of the University of the Western Cape, titled ‘Social solidarity and equitable health care for all in a time of COVID and beyond’.

Mkhize said South Africa’s hospitalisation and mortality rates are some of the lowest in the world, and the recovery rate is higher than the global average.

“Although the threat of the system being overcome by the virus lingers, it has not yet manifested. We have had to implement drastic measures to slow the spread of the virus and we have had to regulate and at times enforce the regulations.

“We made the necessary sacrifices amidst already murky economic conditions. We are faced with little choice but to open the economy, despite the rising numbers,” Mkhize said.

He said it will not help to save people from COVID-19, only for them to succumb to hunger.

According to the Minister, government aims to test 30 000 people a day and is attaining that goal.

“We get very close to that figure, despite global shortages of test kits and reagents,” the Minister said.

The Western Cape remains the hardest hit province, followed by the Eastern Cape, Gauteng and KwaZulu-Natal.

Tweet
More in this category: « Scientific advice, consultations and the experience informed easing of lockdown. SA reminded to intensify GBV fight in honour of Charlotte Mannya-Maxeke. »
back to top