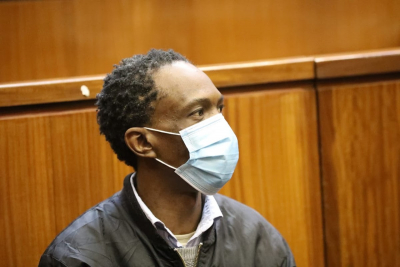 This after he was sentenced on Friday to 10 years for culpable homicide, half of which were suspended.

Ngcobo was found guilty on Thursday.

Modisane died of blunt force trauma to the head. She was found dead on 31 December 2018 at a bed and breakfast in Johannesburg.

Initially, the musician was charged with murder, which was later changed to culpable homicide in the Gauteng High Court in Johannesburg.

Acting Judge J Du Plessis sentenced Ngcobo on Friday to 10 years in jail, of which five were suspended on condition he is not found guilty of a similar offence.

“The accused still denies the specific  details of what happened on that day despite him apologizing to the deceased’s family. So in this case that doesn’t help him because I don’t see remorse on his side,” the judge said.

The judge further said that the rapper justifying his actions on being intoxicated was just an excuse.

Tweet
More in this category: « SA reminded to intensify GBV fight in honour of Charlotte Mannya-Maxeke. Old Mutual mourns the passing of Morgan Maarman. »
back to top