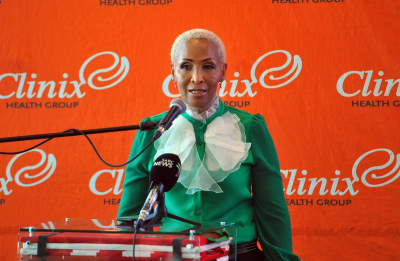 The Times reported that Ledwaba was specifically unhappy with the response that came in the wake of a damning report sent to the NEC by former acting CEO Gay Mokoena.

The reports were scathing about SAFA's President Danny Jordaan, and accused him of running the organisation as his fiefdom.

Mumble's report claims gross abuses of the office by Jordaan and that, under the president, “Safa is reversing all the democratic gains it has made over the past two decades”.

This was the second damning report that made accusations of abuse of office and processes by Jordaan. The other one was authored by Mokoena, who also had a stint as Safa’s acting chief executive.

In his report, Mokoena accused Jordaan of flouting Safa’s constitution several times on matters related to staff appointments and governance.

Last night, Ledwaba confirmed she had been removed, but vowed to challenge the decision.

Although she didn’t want to reveal what happened at the meeting, she said her crime was that she had written to Sports Minister Nathi Mthethwa.

“I can’t say much at this point, but I’m going to challenge it,” said Ledwaba.

An insider who did not want to be named said there had been widespread unhappiness at the removal of Mokoena as acting CEO in April and the manner in which the fallout from his removal had been dealt with.

This comes at a time when retrenchments, though denied by Safa, seem imminent at the cash-strapped association amid the economic fallout from the coronavirus pandemic.

Tweet
More in this category: « Coronavirus Live Updates:Brazil coronavirus death toll nears 50,000. Share these quotes and wishes to celebrate your bond with your father. »
back to top