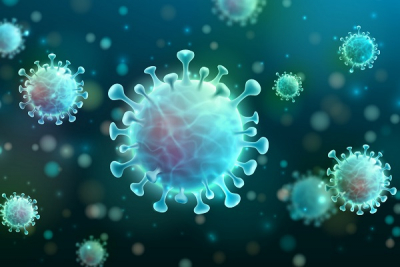 The novel coronavirus pandemic is still accelerating, and its effects will be felt for decades, the World Health Organization's director-general said.

The WHO reported a record increase in global coronavirus cases as the total rose by 183,020 in a 24-hour period. The biggest increase was from the Americas, with more than 116,000 new cases.

Brazil officially passed the 50,000 mark, with 50,617 coronavirus deaths as of Sunday. It has recorded 1,085,038 cases to date, according to the country's health ministry.

Worldwide, at least 8.9 million people have been confirmed to have the coronavirus, At least 4.4 million have recovered, while more than 467,000 people have died, according to data compiled by Johns Hopkins University.

White House scales back practice of taking temperatures of visitors.

The White House cut back on temperature checks for visitors amid the pandemic but said anyone in close proximity with President Donald Trump and Vice President Mike Pence would still be checked for the virus.

White House spokesman Judd Deere said the decision was prompted by the city of Washington entering the second phase of its reopening, which allows for more activity.

"In addition to social distancing, hand sanitizer, regular deep cleaning of all work spaces, and voluntary facial coverings, every staff member and guest in close proximity to the president and vice president is still being temperature checked, asked symptom histories, and tested for COVID-19," Deere said.

The annual Golden Globe awards ceremony for film and television has been postponed to February 2021, organisers said.

The Golden Globes ceremony, which kicks off Hollywood's awards season, will now take place on February 28 instead of its usual slot on the first Sunday in January. The decision follows the postponement by two months of the Oscars to April 25 because of the effects of the coronavirus pandemic on the entertainment industry.

WHO says it will issue guidance on air travel in coming days.

The World Health Organization will issue further guidance on air travel in coming days as countries open up from their coronavirus lockdowns, the WHO's Mike Ryan said.

"It's not an easy dilemma ... There is no zero-risk," he told an online briefing.

Many countries that have been successful in tackling the novel coronavirus are seeing an increase in cases due to religious events and other vulnerable settings like expatriate gatherings, the World Health Organization's Maria Van Kerkhove said.

"Any opportunity that the virus has to take hold, it will. It is really important that countries are in a position to rapidly detect these cases," she told an online briefing.

The WHO's Mike Ryan said that there seemed to be new clusters in South Korea linked to clubs, shelters and amusement parks and that waste water findings in northern Italy showed there was a chance the virus was circulating there before anyone had realised.

Portugal's Prime Minister Antonio Costa said some coronavirus restrictions would be reimposed in the capital Lisbon to help control outbreaks from the pandemic.

He said measures to be introduced from Tuesday included a restriction on gatherings of more than 10 people and orders for cafes and shops to close at 8pm.

Dutch health authorities reported no new deaths overnight resulting from the pandemic for the first time since the beginning of March.

Officially the Netherlands has reported 49,658 cases of infection, with 69 people testing positive over the last 24 hours. In all 6,090 people have died.

"There has been no report of any deaths," the National Institute for Public Health (RIVM) said on its website.

The RIVM warned however that "there is a delay between the day a patient was admitted to hospital or died and when it was actually reported", meaning deaths over the weekend may not yet have been flagged up.

France, Germany want European Recovery Fund aid to be paid out until 2022.

Germany and France both agree that the European Recovery Fund should pay out its proposed 500bn euros of coronavirus aid from 2020 until 2022, not until 2024 as suggested by some member states, French Finance Minister Bruno Le Maire said.

Speaking to reporters in Berlin, Le Maire also said that it was now up to the United States to explain why Washington is the only country not supporting a joint proposal by the OECD on how to tax large digital companies.

The novel coronavirus pandemic is still accelerating and its effects will be felt for decades, the World Health Organization's director-general told an online conference on Monday.

"We know that the pandemic is much more than a health crisis, it is an economic crisis, a social crisis and in many countries a political crisis. Its effects will be felt for decades to come."