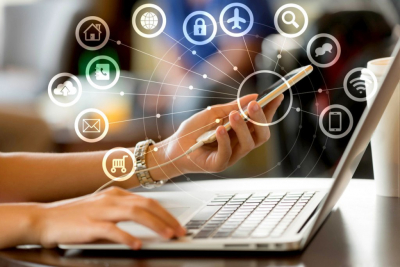 Public Service Commission Commissioner, Michael Seloane, said the PSC is concerned about the continued failure by some government departments to put effective systems in place to ensure suppliers are paid on time.

Seloane said with the arrival of the COVID-19 pandemic many, small, medium and micro enterprises (SMMEs), who were already struggling to keep businesses afloat, found their operations being put under further pressure due to the non-payment of invoices by government.

Addressing the media in Pretoria on Wednesday, Seloane said while there are pockets of improvement, several departments have repeatedly defaulted on this requirement.

According to Seloane, as at the end of the fourth quarter of the 2019/20 financial year (31 March 2020), the Departments of Public Works and Infrastructure, and Water and Sanitation continue to default with 173 and 137 invoices, respectively, older than 30 days and not paid.

“The PSC cannot overemphasise the impact this non-compliance has on the operations of SMMEs, especially in the current economic climate,” Seloane said.

Gauteng, he said, has shown significant improvement regarding the number of outstanding invoices and the amounts owed to suppliers, compared to the previous quarter of 2019/20.

“With government’s dedicated efforts to stimulate and support SMMEs, departments must do their part and ensure that suppliers are paid on time, failure of which may only be detrimental to their survival and negate government’s job creation measures.

“South African government, like all governments in the world, is under immense pressure to respond to the unprecedented challenge of COVID-19,” Seloane said.

He said the lockdown has challenged public servants’ behaviour and attitudes in the manner in which they interact with citizens.

“The PSC is concerned about incidents of ill-treatment of citizens by law enforcement officials during the lockdown.

“The value of human dignity, as well as the principle of high standard of professional ethics should at all times guide the behaviour of government officials when delivering government services.

“Public servants’ actions and decisions must be premised on the ethical values of responsibility, accountability, fairness and transparency,” Seloane said.

He said the pandemic has also provided an opportunity for government to fast track the implementation of the 4th Industrial Revolution, for example, hosting of meetings virtually, which was not a norm in the past.

Tweet
More in this category: « Government formalised over 2 000 spaza shops during COVID-19. Livestream:Mboweni tables emergency budget at 15:00. »
back to top