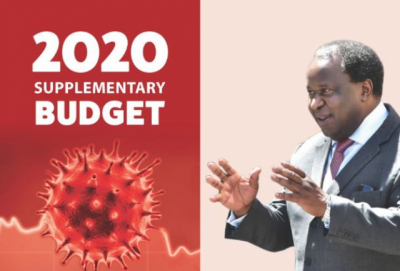 He said this when he tabled the Supplementary Budget Review to the National Assembly on Wednesday.

His announcement came a day after Statistics SA announced that unemployment has gone up to 30.1% in the first quarter of the year.

“The figures from yesterday show that unemployment is our single greatest challenge.

“The Economic Support Package sets aside R100 billion for a multi‐year, comprehensive response to our jobs emergency.

“The President’s job creation and protection initiative will be rolled out over the medium‐term [over the next three years],” he said.

Mboweni said this will include a repurposed public employment programme and a Presidential Youth Employment Intervention.

“In this year, an amount of R6.1 billion is already allocated, and a further R19.6 billion has been set aside mainly for this purpose.”

Mboweni said, meanwhile, that as of mid‐June, the Unemployment Insurance Fund (UIF) has provided R23 billion in COVID‐19 relief to over 4.7 million workers affected by the pandemic.

“This has required a huge upgrade and repurposing of the UIF system to deal with the increase in mostly online applications, and to build in protections against fraud.

“We thank all involved for the upgrade, there were many individuals from the private and NGO sector who volunteered their time to assist the UIF.

“There are still challenges but we are confident that the team is working tirelessly to iron them out,” he said.

“The roll out of the short‐term Special Relief of Distress grant will temporarily support those without an income. An additional 1.5 million people have received these already.

“To support vulnerable households an additional allocation of R25.5 billion to the Social Development department is proposed, for a total relief package of R41 billion. All these measures will come to an end in October.”

Tweet
More in this category: « Projects to be postponed from the 2020/21 financial year. Government adopts a zero-budgeting approach that will see cutting spending. »
back to top