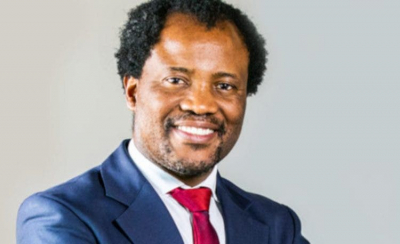 Wits University announced that professor Zeblon Vilakazi will take over from Adam Habib from January 1 2021, as the 15th Vice-Chancellor and Principal of the University of the Witwatersrand

Habib announced his resignation from Wits in February. This after he was offered the position of the head of the School of Oriental and African Studies in London.

He got his PhD from Wits in 1998 in nuclear physics. He became one of the first students from the African continent to conduct research at the European Centre for Nuclear Research (CERN) in Geneva, Switzerland.

According to the university council, under Vilakazi’s leadership, the university achieved many of its strategic objectives of creating a research-intensive and postgraduate-oriented university.

In the statement announcing his appointment, it mentions that Vilakazi increased the number of postgraduate students to “realise the University’s vision of becoming a research-intensive African university.”

“Professor Zeblon Vilakazi is the epitome of a world-class researcher who is globally recognised for his scientific work, and for his contribution towards developing higher education in Africa, ” said Mr Isaac Shongwe, chairperson of the Wits Council.

Shongwe said they are confident Vilakazi will “lead Wits to its centenary in 2022 and beyond, steward a new vision for the academy, and reinvigorate the academic project in a higher education context that is rapidly changing.”

Tweet
More in this category: « State Capture Commission ready to resume its hearings on Monday. Coronavirus Live Updates:EU to bar travellers from US, Brazil. »
back to top