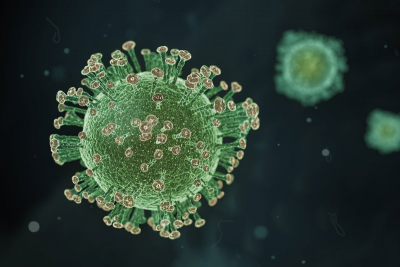 The European Union plans to bar travellers from the United States, Brazil and Russia due to a continued surge in coronavirus infections in the three countries, diplomats said.

Sixteen NBA players in the US have tested positive for the new coronavirus in the first wave of mandatory tests as the league restart approaches.

United States Vice President Mike Pence has said that 16 states across the nation are seeing an increase in cases of the novel coronavirus.

More than 9.7 million people around the world have been diagnosed with COVID-19, while some 4.9 million have recovered, according to Johns Hopkins University. More than 493,000 people have died.

Microsoft said it will close all of its stores and move its retail operations online, keeping just four locations, including in New York, London and Sydney, and transforming them into "experience centers".

The move means the more than 80 Microsoft stores closed due to the coronavirus pandemic will not reopen as the tech giant enters "a new approach to retail", according to a statement.

The figures bring China's case-load to 83,438. Some 17 of the 21 cases were confirmed in the Chinese capital, where authorities say they have brought an outbreak linked to a wholesale food market under control.

In South Korea, 35 of the new cases came from the densely populated Seoul area, which has been at the center of a COVID-19 resurgence since late May. The country's total caseload now stands at 12,653, including 282 deaths.

Fans gathering at the Liverpool city centre for a second night in a row to celebrate their team's Premier League title win have been urged to return to their homes due to fears of a surge in COVID-19 cases.

Police issued a dispersal order on Friday after huge crowds turned up at the city centre near the Mersey Ferry terminal, saying the order would remain in force until Saturday.

A Section 34 Dispersal Order has been issued around the Liverpool City Centre (seen on map) under the ASB, Crime and Policing Act 2014 following large gatherings in the area this evening. The order will be in place until 28th June. pic.twitter.com/6BVSZzibKI

Liverpool mayor Joe Anderson also urged fans to return home, saying: "COVID-19 is still a major risk and our city has already lost far too many people to the illness."

I am really concerned about scenes at Pier Head tonight. I appreciate #LFC fans want to celebrate but please, for your own safety, and that of others, go home and celebrate at home. Covid-19 is still a major risk and our city has already lost far too many people to the illness pic.twitter.com/fqoQZvcSQG

The US recorded at least 40,870 new cases of COVID-19 on Friday, the largest single-day increase of the pandemic, according to a Reuters tally.

The new record brought the total number of US residents to who have tested positive to at least 2.475 million, and came as the White House coronavirus task force reconvened after a two-month absence.

Dr Anthony Fauci, the country's top infectious disease expert, said the US was facing a "serious problem" and urged people to mind their responsibility to others: "A risk for you is not just isolated to you."

EU to bar travellers from US, Russia, Brazil.

The European Union (EU) is set to exclude travellers from the United States, Brazil and Russia when the bloc reopens its borders to outsiders on July 1, diplomats told AFP and Reuters, citing the uncontrolled transmission of the new coronavirus in the three countries.

Ambassadors from the 27 EU member states convened on Friday afternoon to establish criteria for granting quarantine-free access from next Wednesday.

The meeting ended with a tentative list of about 18 countries from which people are free to travel to Europe, but the list did not include the United States, Brazil or Russia, according to Reuters and AFP. National governments were given until 16:00 GMT to approve the list.

Travellers from China would be approved to enter, but only subject to reciprocity from Beijing, the agencies said.