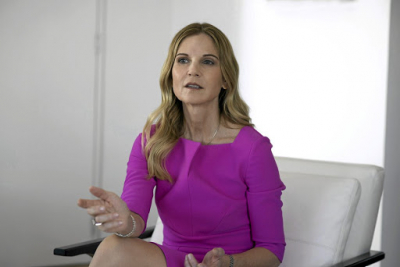 Magda Wierzycka, CEO of JSE listed company Sygnia, has filed a defamation lawsuit for an article published on IOL which, she said, attacks her personally and professionally.

Included in the lawsuit is Independent Online,Independent Media and the author of the article, Adri Senekal De Wet.

According to court papers, Wierzycka said the article is defamatory because it paints her as "dishonest" and "not a fit and proper person to occupy the position of [CEO] of the second plaintiff, or any other company".

My third defamation lawsuit against Iqbal Surve, IOL and Independent Media. This time for R10 million. His smear campaign against those exposing his dirty dealings is getting costly. All money awarded will be donated to charity. pic.twitter.com/0gKATz9mob

She said the article alleges that she "promoted, and continues to promote, the interests of the second plaintiff in a manner that is dishonest, and with the intention to mislead the general public" and "is of low moral character by engaging in an extra-marital affair".

Wierzycka is suing for R10 million which, she said, will be donated to charity.

She became the first CEO in South Africa to publicly fire KPMG over its role in state capture, and offered a reward for the arrest of Ajay Gupta. She has been involved in a fierce battle – also involving defamation suits – against Senkujalo CEO Iqbal Surve, and blasted the JSE for allowing the listings of Survé’s Ayo Technology and Gupta-linked companies.

But she has seen her share of controversy too. Two years ago she tweeted a photo of Hector Pieterson during the Soweto uprisings with a caption that referred to the Sharpeville massacre. She also faced criticism for encouraging South Africans to hire one more gardener or domestic worker to curb unemployment.

Tweet
More in this category: « L'Oreal to remove words like 'whitening' from products. COVID-19 Update:73 more Covid-19 deaths recorded in South Africa,while cases now stand at 131 800. »
back to top