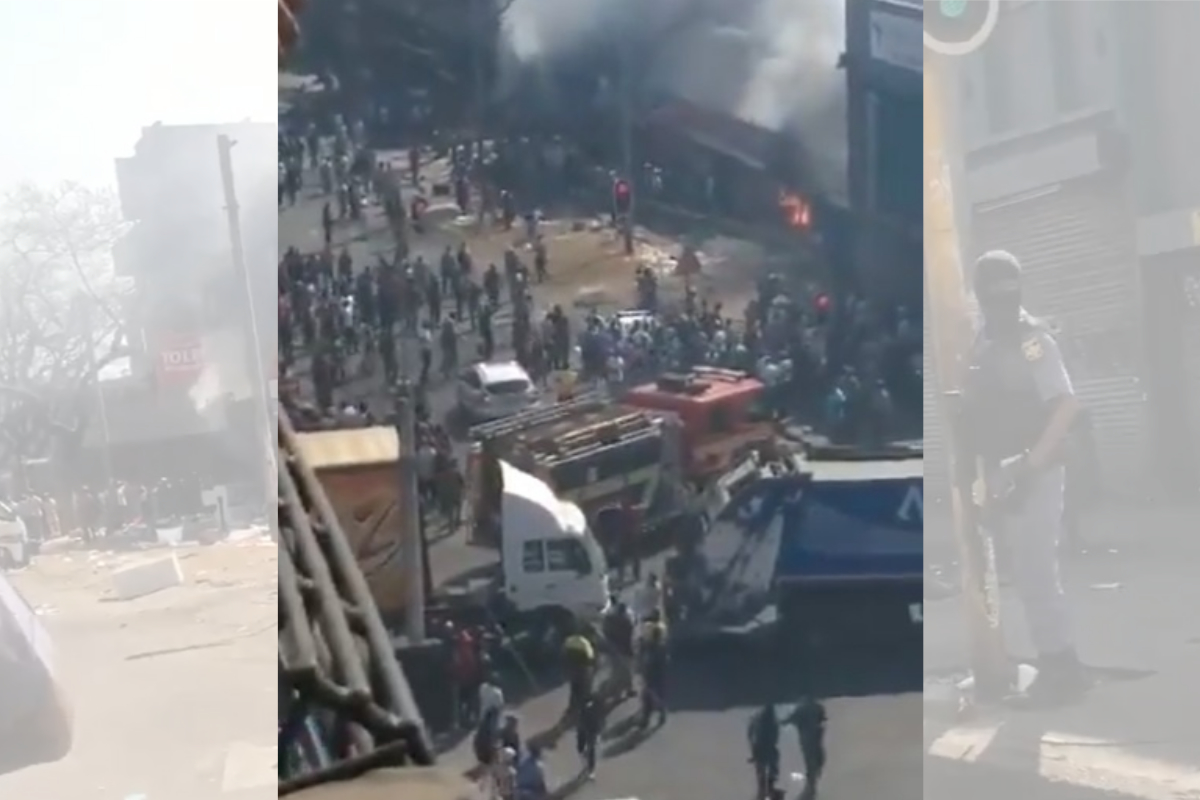 Public transport has been suspended in the Pretoria CBD as the taxi drivers demand answers after one of their own was killed, allegedly by the foreign nationals.

Taxi operators allege that there is corruption involving police which led to the mysterious murder.

Some of the drivers claim police corruption prevented them from making official complaints about crime in the city despite claiming they have evidence drug dealing and other crimes are taking place at foreign-owned stores.

However Tshwane road and transport MMC Sheila Senkubuge said the situation in the inner city is still volatile and police are on the ground to monitor the situation.

“There have been reports that there will be more riots from the taxi industry in retaliation to the murder of a taxi driver,who was killed yesterday.”

“The City of Tshwane had to withdraw all our Tshwane bus services as well as A re Yeng bus services and as soon as the situation is calm they will restore the buses and inform the commuters,” Senkubuge said.

Tweet
More in this category: « In case you missed it: Minister of Labour will introduce the bill to penalise the employers who do not comply with AA eThekwini mayor Zandile Gumede fights back. »
back to top