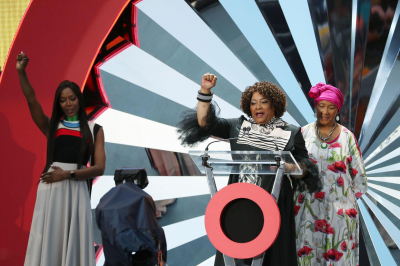 Zondwa Mandela,son of the late Zindziswa Mandela confirmed that her mom tested positive for Covid-19 at the time of her death.

Speaking on Full View on the SABC on Wednesday night, the 35-year-old confirmed the news but it was not yet clear what her cause of death was as they were still awaiting the results of her post mortem.

"There were other tests that were conducted and my mother did in fact test positive for Covid-19 on the day of her passing. Although this doesn't therefore mean that she died of Covid-related complications but simply that she tested positive for it."

Zondwa also confirmed his mother would be buried on Friday morning.

He said the family has chosen to bury her on Friday and not on Saturday as the 18 July would be her father Nelson Mandela's birthday.

Zindziswa, who had been South Africa's ambassador to Denmark since 2015, died in the early hours of Monday in a Johannesburg hospital. She was 59.

Twitter
More in this category: « Jennifer Dikeledi Ntlatseng is the new head of IPID. COVID-19 Update:South Africa surged past the 300 000 mark. »
back to top