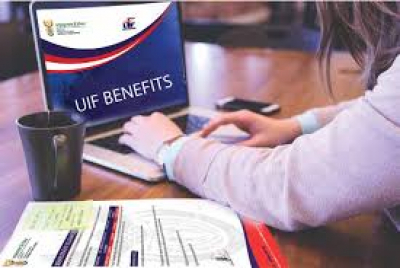 The Department of Employment and Labour has, through its entity the Unemployment Insurance Fund (UIF), payed a total of R31 billion to workers around the country to help them cope with the effects of the Coronavirus pandemic.

Close to 6 808 971 payments have benefitted millions of workers thus far, with at least 557 823 employers taking advantage of the offer by government, to see many families through the hardship occasioned by COVID-19, department spokesperson, Teboho Thejane said.

The payments can be broken down as follows:

In some cases, payments have been placed directly into the accounts of workers and not through their employers even though the claims were processed by employers.

“A total of 238 091 workers have received their share of just over R1 billion (R1 012 229 076.94) paid directly to their bank accounts in claims lodged by 14 707 employers. The payments have not progressed as per calendar days as some of the information was supplied later, but all the captured claims are still being processed,” Thejane said.

Thejane said it became clear to the department that the lockdown will have severe impact on the economy and as such, President Cyril Ramaphosa called upon the department to ensure that it brings relief to workers around the country who were going to be affected by the lockdown.

The department, after much number-crunching, committed R40 billion towards this national effort and by all indications, “it seems we are on the way to fulfilling this commitment”.

“It is a massive project that is outside of our normal scope but despite all the teething problems, we have managed to stretch our human and financial resources to ensure that we play a critical role in contributing towards improving the economy when we are expected to,” he said.

However, this is not the only focus of the department at this time.

With entities that touch across different lives of workers, the department finds itself, through the Compensation Fund (CF), having to deal with the claims that are being lodged as more people contract COVID-19 in the workplace.

“Repudiated means that while the claim has been rejected, it could still be accepted if more information is provided to support it. Just of 31% (359) of those claims still await adjudication,” Thejane explained.

Most of the claims have come from the Western Cape with 813, Eastern Cape with 160, KwaZulu-Natal with 99, Gauteng with 54, two in Limpopo and North West, and one case in the Northern Cape.

“We are seeing a build-up of claims as more workers report sickness which has been contracted at work. Through the Compensation Fund, we are obligated to ensure that medical needs of these workers are taken care of and that they are not left worse off because of being sick at work.”

The Fund also accept claims from employers who would need to claim for the payments to workers while they are on isolation for 14 days to ensure that they do not cross-infect more of their colleagues,” said Compensation Fund Commissioner, Vuyo Mafata.

Unfortunately, as the trends collected by the Inspection and Enforcement Services (IES), the compliance rates by employers is still of great concern.

The Inspector General of IES in her report indicated that across both private and public sector, there is low level of compliance.

Trends show that 57% of private sector employers are compliant while this figure is even lower in the public sector and it sits at just 47%.

Tweet
More in this category: « COVID-19 Update:South Africa surged past the 300 000 mark. IEC urged to speed up process of updating voters’ addresses. »
back to top