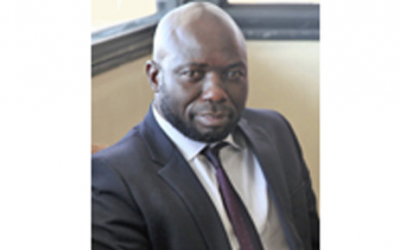 Public Service and Administration Minister Senzo Mchunu has set the record straight on the allegations of misconduct labelled against the Public Service Commission’s Director General.

Following the allegations, Mchunu appointed a two-person team to carry out an investigation and to provide a report on the findings of the investigation.

The investigation is at an advanced stage and it is expected that the report will be finalised shortly.

In January 2020, allegations were made against the Director General regarding the recruitment process. The allegations were escalated to the President as the Executive Authority vested with the power to deal with matters pertaining to national Heads of Department.

Due to the serious nature of the allegations, the President delegated the power to investigate the allegations to the Minister for the Public Service and Administration through a President Act No.43 signed 27 February 2020.

“Contrary to unfounded accusations by the Democratic Alliance, the President acted swiftly and within the parameters of the law to ensure that the allegations against Dr Mamphiswana are investigated.

“It is therefore nonsensical for the Member of Parliament of the Democratic Alliance Dr Leon Schreiber, to suggest that the President has failed to take action on the allegations,” Mchunu said.

He said once the investigation authorised by the President is concluded and the report is finalised, the necessary remedial action will be taken by the President with due regard to prevailing prescripts.

“Accordingly, the President and the Minister for the Public Service and Administration remain resolute in their endeavour to ensure an ethical and professional public service and are therefore, committed to ensuring that this matter receives serious attention,” the Minister said.

Meanwhile a 37-page investigation report into allegations that the Director-General of the Public Service Commission (PSC), Dr Dovhani Mamphiswana, orchestrated the hiring of his mistress, has recommended that he, with the mistress, should be charged with fraud and corruption, among other charges.

The report was compiled by Advocate Smanga Sethene on the instruction of the State attorney in Pretoria. During the investigation, friends of the mistress alleged one of the baby showers was held within PSC offices.

The findings of the report was that Mamphiswana chaired the panel and never disclosed he personally knew the mistress. It also appeared the mistress knew she was going to get the job and started making plans to move to Pretoria minutes after coming out of the interview.

The report concludes by recommending several recommendations, among them that President Cyril Ramaphosa must act against Mamphiswana and his mistress should pay back the money she earned after the irregular appointment and be demoted.