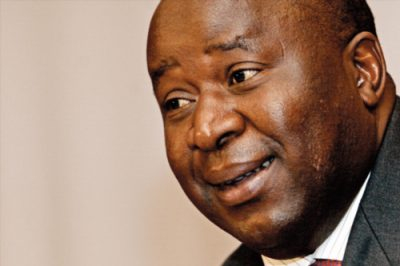 The Department of Public Enterprises (DPE) said it welcomes the commitment by the National Treasury that it will support and source funding for a business rescue plan for South African Airways (SAA).

The funding, it says, will result in the emergence of a new viable, sustainable and competitive national airline.

In terms of the business rescue plan that was published by the Business Rescue Practitioners (BRPs) for SAA, government, as the sole shareholder of SAA, is required to provide a letter of support for funding the plan “where it results in a viable and sustainable national flag carrier that provides international, regional and domestic services”.

A letter of support that commits government to mobilise funding for the short, medium and long term requirements to create a viable and sustainable national airline was signed by the Ministers of Finance and Public Enterprises on 15 July 2020 and provided for the BRPs.

The funding commitment gives effect to Cabinet’s endorsement of a business rescue plan for SAA and Cabinet’s position that it supports the proposal for a new airline and the concerted effort to mobilise funding from various sources, including from potential equity partners for the uptake of the new airline.

“[It] maintains that a positive vote from creditors to finalise the business rescue process is still the most viable and expeditious option, for the national carrier to restructure its affairs, which include its business, its debt and other liabilities and… believes a restructured airline will pursue the transformational agenda such as the lack of opportunities for the advancement of black pilots after 26 years into our democracy,” Cabinet said.

In the rescue plan, it is projected that an amount of R10.1 billion will be required to fund the rescue plan, clean up and stabilise the balance sheet of SAA, restructure the rest of the Group entities that are not in business rescue, provide working capital for the rest of the group’s entities, and to create a stable and viable platform for a new restructured national airline. Different tranches of money will be required as different aspects of the restructuring takes effect.

The restructuring will include severance packages to about 2 700 SAA employees who will be retrenched, which packages meet the minimum requirements of the Labour Relations Act, and provides incentives to those employees at the lower rung of the remuneration scale to ensure that they are not worse off.

The DPE is cognisant that airlines across the world are in turmoil due to the COVID-19 pandemic. There are possibilities for airline partnerships to improve the scale and scope of the aviation industry and ensure continuity of value creation to the South African economy.

While maintaining a certain level of presence in the ownership of the new carrier, the DPE welcomes the attraction of a mix of local and international investor groups to provide the new airline with technical, financial, and operational expertise to ensure significant South African ownership whilst diversifying the investor base.

Twitter
More in this category: « Domestic airports will resume operations. No load shedding is expected this weekend. »
back to top