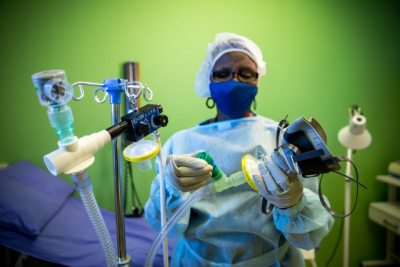 Health Minister Zweli Mkhize said the total of 13 373 new Covid-19 cases have been recorded in South Africa,taking the number of infected people to 337 594.

A further 135 people have died, bringing the total to 4 804, after recording the highest death toll on Thursday of 216.There are 178,183 recoveries across the country.

Mkhize said the recommended isolation period for patients who had contracted the coronavirus had been revised from 14 days down to 10 days.

He said it had been proven that in mild cases the infection was only present for about eight days.

The minister briefed the media on government's revised de-isolation guidelines and the new approach to tracking and tracing COVID-19 patients.

Mkhize also announced the launch of a 'COVID contact' app, which could be used to track and trace suspected COVID-19 patients.

The app went live in June and is said to have yielded many positive results.

Meanwhile the Gauteng provincial government on Friday said it was concerned about the exponential rise in the number of COVID-19 infections.

More than 13.7 million people around the world have been diagnosed with COVID-19, while more than 7.7 million have recovered and more than 588,000 have died, according to data from Johns Hopkins University.

Twitter
More in this category: « Watch Live:Zweli Mkhize to hold a briefing at 19:30. DBE ordered to resume the National School Nutrition Programme. »
back to top